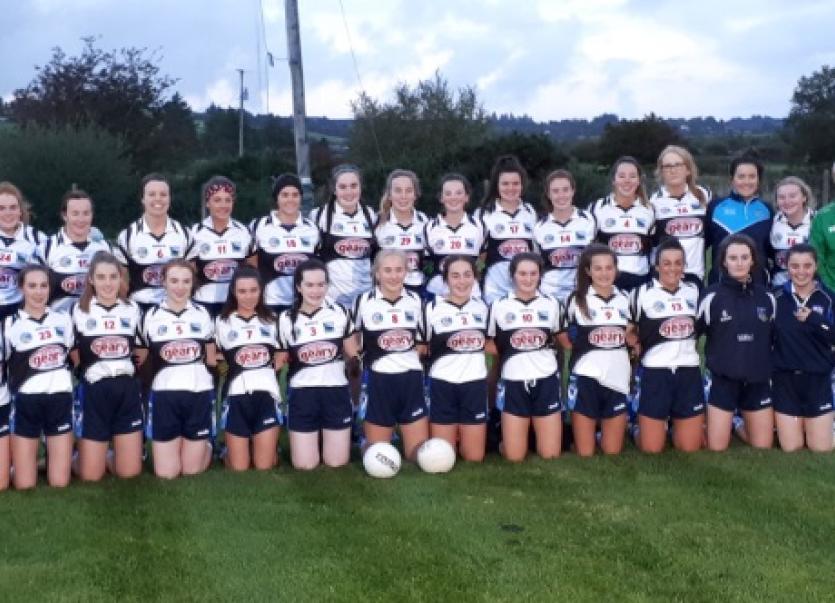 OLD Mill were crowned Limerick Junior Ladies Football champions this Friday night with a 3-7 to 1-5 final win over Fr Caseys.

Played under floodlights in Mountcollins, Old Mill built a winning foundation in the first half to lead 3-5 to 0-3 at half time.

They were captained to the success by centre back and Player of the Match Alva Neary.

The victory capped of a memorable week for teenage star Roisin Ambrose, who was wing forward five days previous as Limerick won the All Ireland title in Croke Park.

The UL student was among the first half scores with two points from play.

But there was no denying the scoring star - Iris Kennelly, who finished with 1-4 from play for the winners.

Ide Trant had two goals half goals for Old Mill.

Fr Caseys needed a goal in reply and the Abbeyfeale girls had a tonic start to the second half when Muirne Lane found the net.

Sarah O'Brien and Sarah O'Connor had further Fr Caseys pointed but Old Mill held on for a deserved win.

* See the print editions of the Limerick Leader for full match reports on all three county finals.