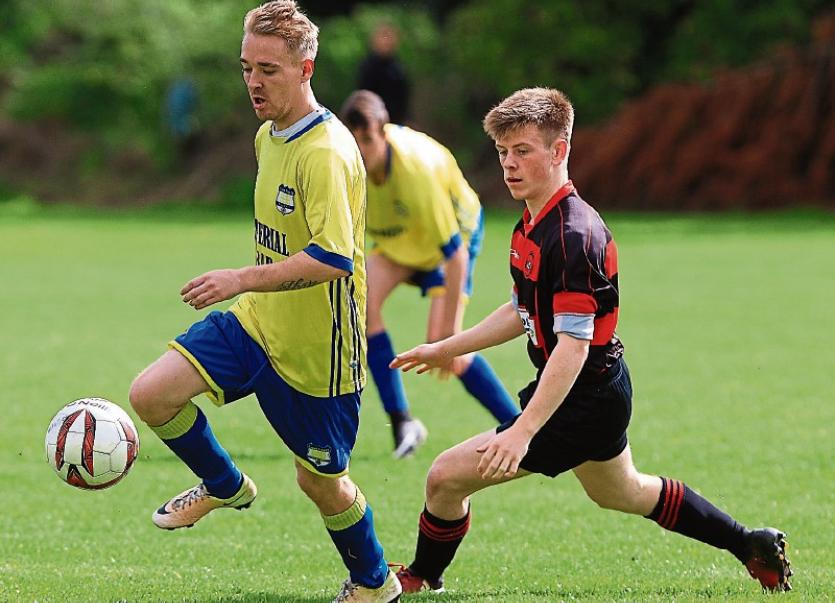 After last week's FAI Junior Cup action, it is the turn of the Munster Junior Cup to take centre stage this weekend.

Despite having no high profile games like last weekend's FAI clash between Regional and Janesboro, there is plenty on offer to keep the fans entertained.

Current Munster Champions Pike Rovers face a difficult trip to Cappamore. Having just missed out on promotion to the Premier League last season, Cappamore Celtic are determined to go one better this season. They have had an indifferent start to their campaign but they have plenty of time to turn things around.

Pike Rovers have been in superb form this season. They sit right behind ‘Balla’ in the league and coasted through in their FAI game with ‘Cals’ last weekend.

They must be thrilled at the way Darragh Rainsford has settled in, leading the goal scoring charts while Jonathan Grant and Evan Patterson are also bedding in comfortably.

The Division 1A team showed last season they can mix with the top sides and with a big home support will relish the opportunity to lower the Hoops colours.

Pike, as long as they treat this as a tough assignment, should be too strong for the home side.

Regional feature in one of the top games when they host their neighbours Mungret Regional in a real local derby.

With both sides going well, albeit in different Divisions, we could be in for a good cup tie.

It will be interesting to see if Regional can bring their ‘A’ game into a less high profile game and if they don't Mungret Regional will be more than happy to make life as difficult as possible.

On paper Mungret go into the tie more in hope than confidence but they have a young squad with no fear of big reputations and will not be found wanting in the effort department.

The local derby element just adds to the occasion with a number of the players on either team having previously played with the other team.

Charleville bowed out of the FAI at the hands of Division 1A opposition last weekend and this weekend they face another second tier team in Athlunkard Villa A in Lee Estate. The home side need to redeem themselves after a poor showing last weekend.

Pallas United will hardly relish the visit of the prolific Ballynanty Rovers while Kilmallock Utd should pick up another win at home to Ballylanders.

Abbey Rovers will find Prospect Priory too tough an ask while Geraldines will be expected to advance at the expense of Patrickswell.

Coonagh Utd have shown great fighting abilities this season and on Sunday get the chance to test their progress at home to Aisling Annacotty A. Aisling faced a similar sticky test last weekend and came through with flying colours. A repeat performance should be good enough but Coonagh are a potential banana skin.

Shelbourne A are another side who love a challenge and on Sunday they host Nenagh FC in another tie that could go either way.

Carew Park will be hoping to get some reprieve when they host Fairview Rangers B on Sunday morning. They have gamely battled through a couple of games with little to show for their efforts but they are at least fulfilling their obligations.

The pick of the other ties is Star Rovers versus Kennedy Park, two sides who have worked their way up the Divisions together and always produce a good game. There is one FAI Junior Cup game scheduled with Wembley Rvs hosting Corbally Utd.

For more use #LLSport on social media