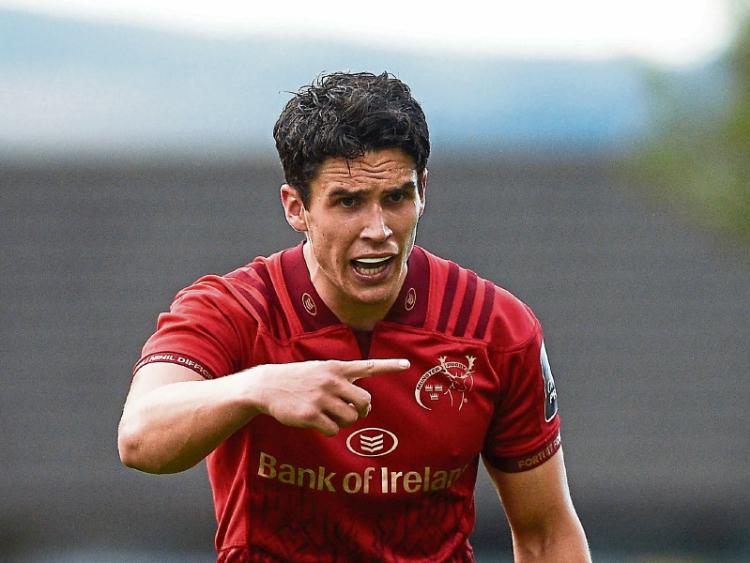 Munster's Joey Carbery in action against the Cheetahs

HALF an hour after Munster's Guinness PRO14 fixture with Ospreys ended at Musgrave Park on Friday night, Joey Carbery emerged from the dressing room and out through the entrance tunnel to the pitch.

Shrieks of delight from scores of young Munster fans greeted the out-half's arrival.

Carbery spent the next 15 or 20 minutes signing autographs and obliging young Munster supporters who wished to take selfies.

A few of his Munster team mates passed behind him on their way back into the dressing room, but few, if any, of the awe-struck young fans noticed.

Carbery has had a major impact since his arrival at Munster this summer, endearing himself further to the Munster rugby public when scoring a sublime, individual try during Friday night’s win over the Ospreys.

The view that Carbery – who has signed a two-year-deal – is only at the southern province until such time as Jonny Sexton retires from playing is held by a section of Munster supporters.

But it is a view that is very hard to fathom. A huge amount can happen in the life of a professional rugby player and a province in a minimum two-year period.

Carbery insists he does not see his move to Munster as a short-term switch. He knows his own mind best.