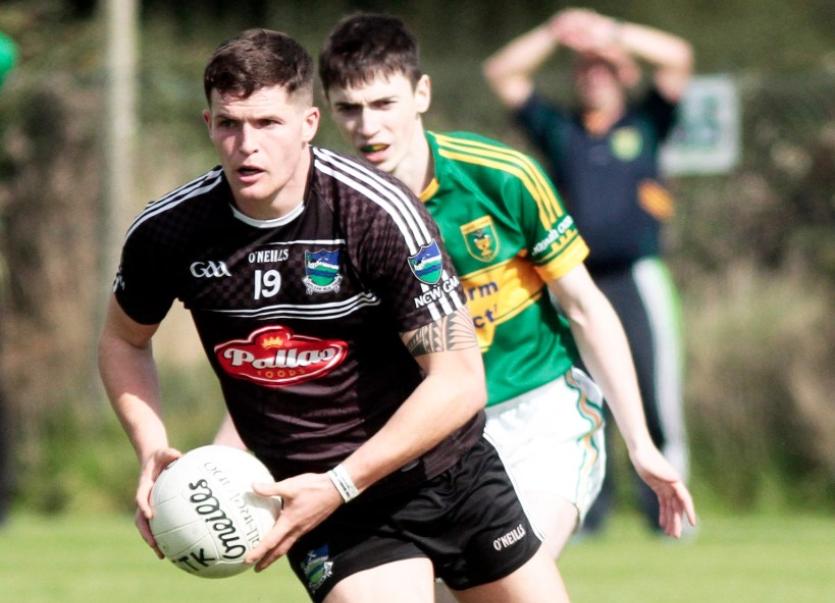 THE race for the Limerick Senior Football Championship is down to six teams.

And, last season’s winners Adare and finalists Newcastle West remain the teams to beat with the only 100% records after five rounds of group games.

The unbeaten run of both, sends them straight into the semi finals.

Group One was completed on Saturday, while the final standings in Group Two were confirmed this Sunday.

Newcastle West were, this afternoon, 0-15 to 1-10 winners over St Kierans.

Both were unbeaten entering the tie. Newcastle West were 0-8 to 0-5 ahead at half time with Jamie Lee and AJ O'Connor points. St Kierans had Jack Ben Harnett and Seán McSweeney scores to keep them in touch.

In the second half, the advantage was out to 0-11 to 0-6 when Darragh Treacy had a St Kierans goal with 12-minutes to play.

McSweeney and Anthony Molyneaux added points and the game was level, 0-13 to 1-10 but Diarmuid Kelly and Thomas Quilligan found the late winning Newcastle West scores.

There are two quarter finals.

Monaleen just about crept into the knockout stages with a final round win over Drom-Broadford, who aren’t involved in the business end of the championship for the first time in 18 years.

Monaleen will play St Kierans in the quarter final.

The other quarter final will pit Ballylanders against Ballysteen.

Ballylanders booked their progress with a defeat of Na Piarsaigh, while Ballysteen just edged past Fr Caseys of Abbeyfeale to seal their spot.

This Sunday, Ballysteen were 4-8 to 1-14 winners over Fr Caseys in a winner-takes-all final round game.

Although John O'Shaughnessy had an early Ballysteen goal, the Abbeyfeale men were 0-7 to 1-2 ahead at half time with Jamie O'Connor getting four points for the men in blue and white.

Ballysteen were to find three crucial second half goals from Willie O'Meara, Danny Neville and Darragh Ranahan to lead 4-6 to 0-12.

David Ward had a late Fr Caseys goal but Ballysteen held on with goalkeeper Conor Ranahan making some crucial saves.

Weekend defeats for Na Piarsaigh and St Patricks mean that the city rivals will clash in the relegation play-off with the losing side dropping down to the intermediate ranks for next season.