Three places confirmed in Limerick SFC from Group One 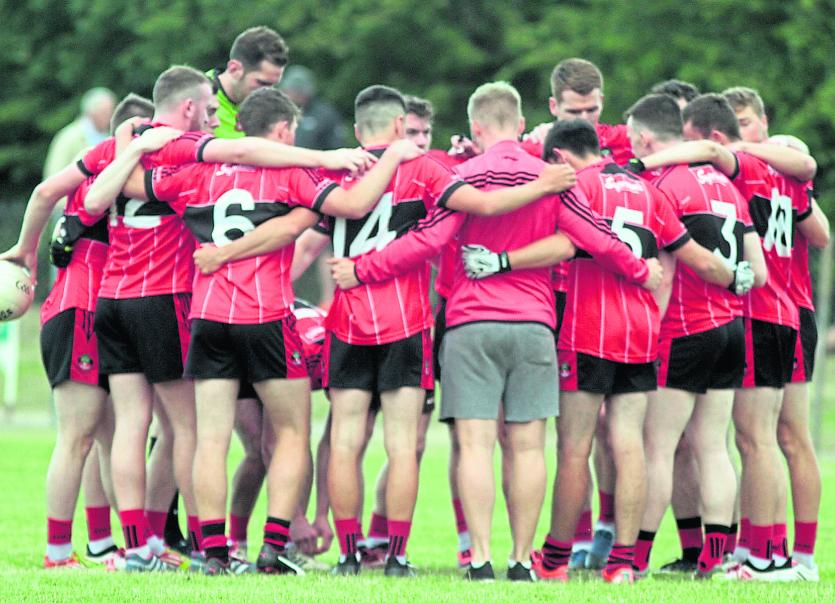 CHAMPIONS Adare rubber-stamped their place in the semi finals of the Limerick SFC as Ballylanders and Monaleen booked quarter final spots.

The confirmation of the Group One standings came after three final round games this Saturday evening in the Irish Wire Products sponsored Limerick SFC.

Adare survived a late fightback from St Senans to win 3-9 to 2-11 in Newcastle West.

The champions were 0-7 to 0-4 up by half time with James Hickey and Hugh Bourke points leading the way.

They were to score a hat-trick of second half goals from Mikey Lyons to move 3-7 to 0-8 ahead with 12-minutes of the half gone.

But five points from play from Sean McSweeny kept St Senans in touch and then they found late goals from Darren Lawlor and Darren Kavanagh to cut the gap to 3-8 to 2-10 in the final stages. But Adare held one and St Senans exit.

Ballylanders finish second in the group with a 1-12 to 0-12 win over Na Piarsaigh.

Helped by four points from Dylan Cronin, Na Piarsaigh were 0-9 to 0-4 ahead at half time but they had played with the breeze.

In the second half, Ballylanders had a goal from a Kieran O'Callaghan penalty to leave it 1-6 to 0-11 with 10-minutes to play.

Another city side, Monaleen booked their quarter final with a 1-15 to 1-11 win over Dromcollogher-Broadford.

Drom-Broadford were ahead 0-4 to 0-2 after the opening quarter but Monaleen scored the next six points to lead 0-8 to 0-4 at half time. They had Brian Carson, Brian Donovan and Evan Quinlan among their scores.

But a Daniel Power goal in the final five minutes sealed the Monaleen win. They will now play the losing side of Newcastle West v St Kierans in the quarter final. Monaleen and St Senans finished level on points but the city men progress by virtue of their 1-9 to 0-7 win in their group game back in April.

*See the print editions of the Limerick Leader newspaper for full match reports on all Limerick SFC games.