Limerick's All Ireland hurling win - The Stats behind the glory 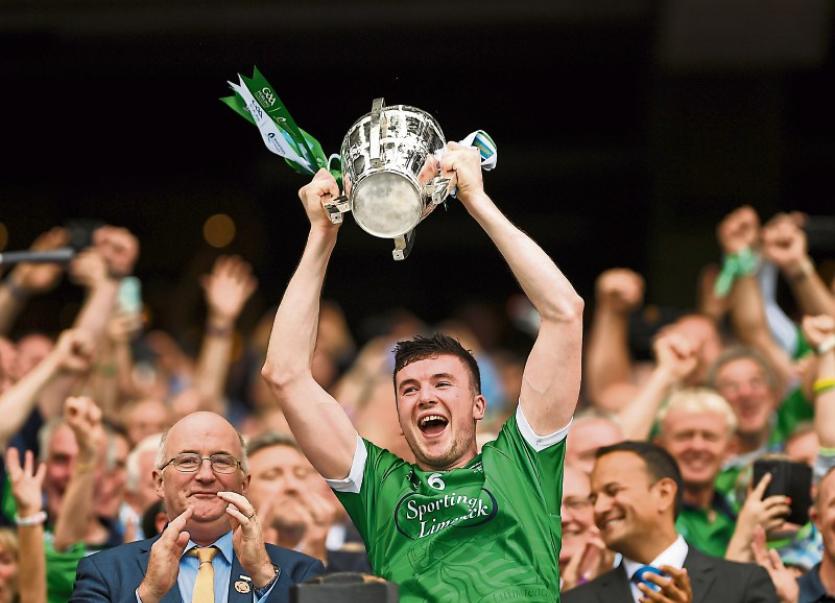 As the dust settles on the 2018 GAA Championship, SURE has delved into the stats behind the season to give GAA fans a greater insight and understanding of how Dublin’s footballers become just the third side ever to win four All Ireland Football titles in a row and of course, how Limerick broke a 45-year drought to lift the Liam MacCarthy cup for the eighth time.

Sure compiled and analysed every pass, tackle and shot of Limerick’s Championship season to shed light on the stats that powered their performances. 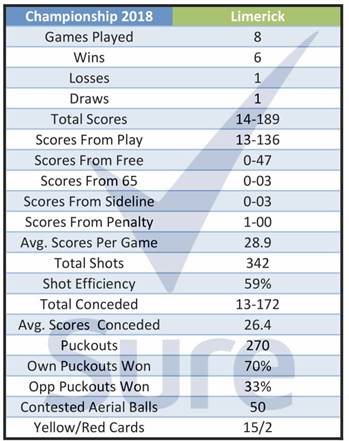 Limerick’s average score per game has increased significantly in the 2018 championship, scoring 28.9 points per game. This compares favourably with an average score of 19.5 points in 2017, and 20.3 points in 2016
The focus on scores has yielded success despite an increase in points conceded. Limerick conceded 26.4 points per game, compared with an average of 23 points in 2017 and 19.3 points in 2016
Limerick’s ability to retain possession from their own restarts appears to have provided the platform for their level of scoring, as they won 70% of their own puckouts. This compares favourably with Galway for example, who managed to win 52% of their puckouts.

Josh Plimmer, Sure Brand Manager, Unilever UK and Ireland, said; “This is the third year of our partnership with the GAA which is really gathering momentum in terms of the back catalogue of stats we have available to us and the growing appetite of GAA fans to embrace stats as part of the experience whether they’re at home, in stadium or in conversation with their mates. Our goal for the 2018 Championship was to expand the discussion around the games by making innovative statistical information more accessible for fans, and we hope that our real time and preview content has done just that.”