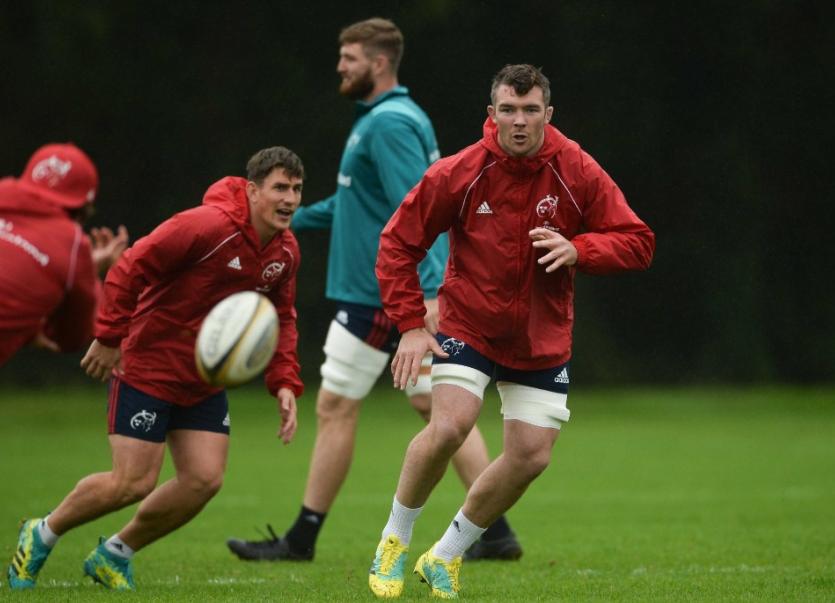 The Munster Rugby team to face Ospreys at Musgrave Park on Friday night at 7.35pm has been named by Head Coach Johann van Graan.

Squad Captain and Irish international Peter O’Mahony makes his first start of the campaign along with fellow returning international Andrew Conway, as Joey Carbery and Tadhg Beirne make their first starts for the province.

In total there are 11 changes to the side beaten by Glasgow in Scotstoun last week.

South African Chris Cloete makes a welcome return in the back row with the flanker out of action since February due to forearm and groin injuries. Full-back Mike Haley and winger Darren Sweetnam keep their places with Conway completing the back three.

Dan Goggin comes into the side at inside centre with Sammy Arnold at 13 as Duncan Williams and Carbery form the half-back pairing.

It’s all change in the front five as James Cronin, Rhys Marshall and Stephen Archer come into the front row.

Darren O’Shea, who captained Munster 'A' to an opening day Celtic Cup win last week and is rewarded with a place in the second row alongside first-time starter Beirne. Arno Botha is the only forward to keep his place in the side and is joined in the back row by captain O’Mahony and Cloete.

The match is Munster’s first competitive fixture on the new modified 3G surface at Irish Independent Park. The official opening of the new pitch by Tánaiste and Minister for Foreign Affairs and Trade, Simon Coveney, will take place ahead of the game.