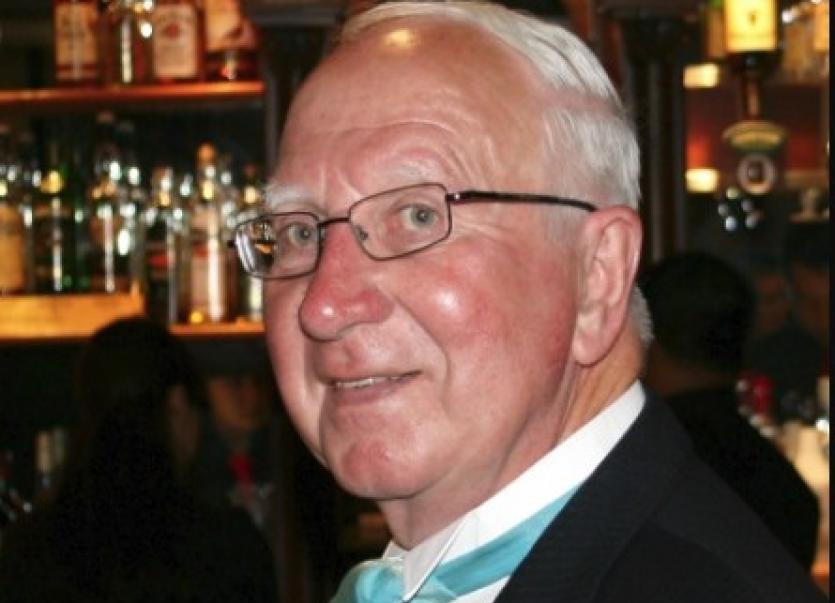 Fairview Rangers AFC have paid tribute to their former President Eamonn Heffernan who passed away on Wednesday night. Heffernan, who was a 'true legend' of Limerick soccer, saw success on the field with Fairview Rangers, Cork Celtic and Limerick, we well as leading his club side to many titles as the vital cog in the Fairgreen club's history.

On Wednesday last, Fairview Rangers lost one of the true giants of the club with the passing of former player, chairman, and trustee Eamonn Heffernan.

Eamonn was a true legend within the club and throughout junior and senior soccer circles not just locally but nationally.

His playing career, at junior level, was laden with success and he was a vital cog in the first Fairview Rangers, and indeed limerick, team to win the coveted FAI junior cup.

It was his performances, at what was as such a young age that saw him attract interest from the senior ranks and Eamonn played with distinction with Cork Celtic and Limerick FC, reaching an FAI senior final also in that time.

To reach that final Eamonn played with Cork Celtic against his home town club and it took three replays for them to progress to the final.

Unfortunately they were beaten by the great Shamrock Rovers side of the era, which completed six FAI senior cup victories in a row with that win.

Although his talent and success on the field was outstanding, his achievements while Chairman of Fairview Rangers, in many people’s opinions, surpassed that success.

Eamonn became Chairman of the club in the early 80’s, and set in motion plans to make Fairview Rangers the household name it is today in the country.

He first spearheaded the development, along with the help of many more true clubmen, of two top class playing surfaces in the ‘Green, the building of the clubhouse and carpark, and in later years, his support and help in the development of a floodlit astro turf training pitch.

In tandem with this development, he also oversaw the drive to make the club as successful on the pitch as possible.

This he achieved in spades.

During his reign, the club won 6 FAI Junior cups, a similar amount of provincial trophies, and a host of local trophies, including 11 premier leagues.

All three of Eamonn’s sons played with distinction for the club, something that he took great pride in.

Eamonn was also capped at junior level during his career, and two of his sons, Colm (who also had a successful career in senior football) and Barry also went on to wear the green at that level. That was not the only thing Eamonn and his sons had in common, as both won FAI medals also.

Success, during his stewardship, was not confined to junior level, and Eamonn, who always thought that underage football was essential to any club, was instrumental in setting up a separate schoolboy committee to bring success at that level also.

One only has to look at the club card to see that this also bore fruit, and many of today’s household names in junior and senior soccer in the city came through the ranks while Eamonn was at the helm.

After almost three decades Eamonn stepped away from the day to day business of club, but still contributed in an active way through his role as trustee.

Although his health was not the best in the last couple of years, he always made it his business to be available for help and advice to anyone who needed it.

What Eamonn Heffernan has done for our club in almost seven decades of service is incalculable.

I don’t think his contributions will ever be matched, not to mind surpassed.

To his wife Eileen, sons Kevin, Barry and Colm, his daughters in law and his six beloved grandchildren, his sisters Anne, Mary and Peggy, his wide circle of family and friends our heartfelt condolences.

A legend has passed.

May god rest his soul.

Family flowers only ~ donations, if desired, to Milford Care Centre.