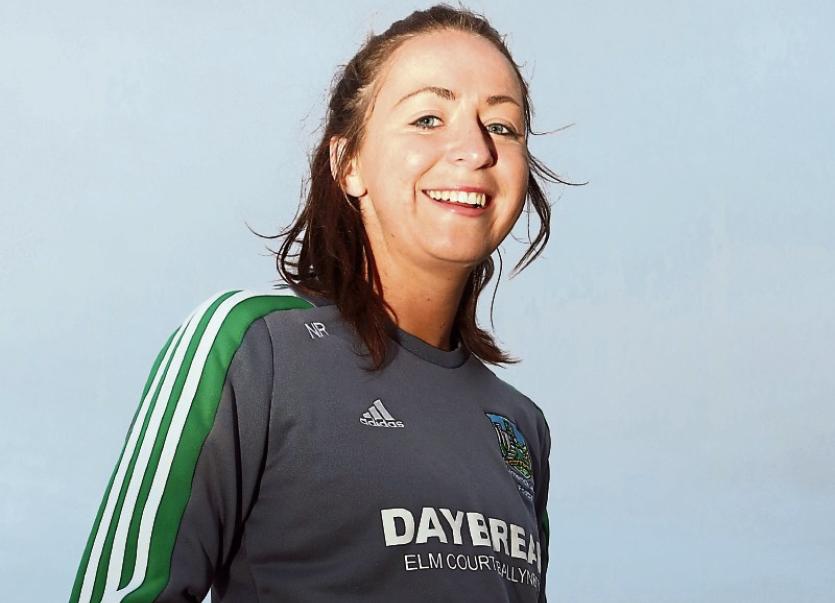 The 23 year old from Ballybricken hopes to mark the anniversary with an All Ireland junior Ladies Football Championship title.

Back on September 14 2014, among their team-mates in the Joe Quaid managed Limerick camogie side were Rebecca Delee and Dymphna O’Brien – all now part of John Ryan’s 36-strong ladies football panel.

The St Ailbes centre back is in her first season on the Limerick Ladies Football panel.

“This time last year I said I would take a break from camogie and do a bit of travelling. John Ryan gave me a call in January and asked would I play football. I said I was going travelling but he said he would work with me. I got hooked of course and the travelling went out the window and here I am in an All Ireland final so no regrets,” explained the Laurel Hill Secondary School teacher.

“This year with the Limerick hurlers having had such a fantastic achievement up there, we would like our own piece of success up there,” she stressed.

The defender plays down the Croke Park factor.

“There are plenty of the girls that have played there before - the girls from the Limerick football win in 2010 and another who played a club All Ireland with Milford. It’s a pitch and there are two sets of goals and we just have to focus the mind to get a performance and everything else can look after itself,” said Ryan, who plays club camogie with Bruff.

“If you asked us where we wanted to be last January, this would have been it - preparing for an All Ireland final. It was a building process from January - to build a team and a panel. It took huge work and in fairness to John (Ryan) and the lads they have done a really good job,” said the defender.

“In the league we delivered some really good performances and the not so good. We have definitely managed to build from there and put together a panel and here we are now in a position that we wanted to be in. We got to the league semi final and it went right down to the last few league games to do that when we had to deliver performances to get there,” she recalled.

“We had plenty time to get things right and build on the panel again. Yes we got a few girls back in and that added to the momentum and competitiveness of the squad. It’s not just girls fighting to get into the starting 15, it’s girls trying to get into the first 30, and that’s what you want in a panel.”

Limerick reached this final with games against Derry, Carlow and London - losing round one to Derry.

“It focused the minds big time in terms of playing Carlow the following week when we had to get a win. It put a bit of pressure on us but it was needed and we drove on from there.

“London were very good and we knew it would be a very tough game but it was about 60-minutes to deliver a performance and thankfully we got the result we wanted.”