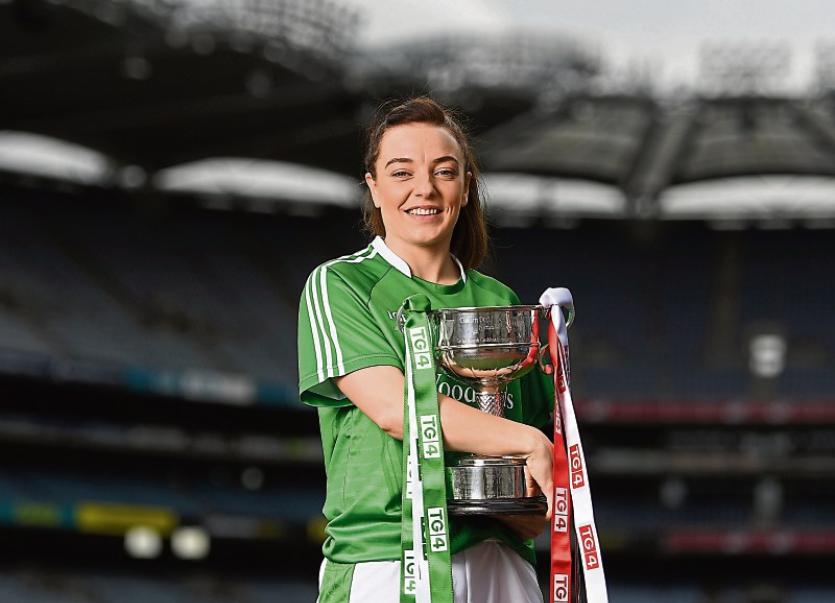 “WHEN we got relegated last year those of us who were there, said that our goal was to get straight back up and that was our goal for the league as well but that didn’t work out and hopefully it will work out in the championship,” said Limerick Ladies Football captain Cathy Mee.

The Ballylanders star bids to follow in the footsteps of Sandra Larkin (2010 captain) and lift the West County Hotel Cup in the Hogan Stand on Sunday.

One month ago, Cathy was in Croke Park supporting the senior hurlers and not can’t wait for the turn of the ladies footballers.

“I’ve always wanted to play there. There are nerves but at the same time you have to take your opportunity because the chance might not come again. It was a huge goal going into the London game (semi final) to play in Croke Park in an All Ireland final. Hopefully we won’t be overwhelmed by the occasion and from the moment we get onto the pitch we just play our football,” said Mee.

While the captain is just three years on the panel, Limerick do have experience of Croke Park with Olivia Giltenane, Dymphna O’Brien and Catriona Davis all seeing action in the 2010 final.

”They have being telling us all about it - even the smallest of things like the dressing rooms, where we will be staying, the garda escort to the ground. Things like that you would not even think about but you don’t want to be getting surprises like that on the day so it’s really good that they have that experience,” explained the captain.

“It has taken a lot of work to get to where we are. We were a bit up and down, especially during the league. It was just about buying into what the lads were trying to do and stick to their type of game plan, which isn’t always easy for people who are used to playing their own game but we have actually started to do what they want in the championship and I think that has made us give consistent performances and get us where we are,” he outlined.

Mee and Ballylanders have won the Limerick senior championship for the last three years.

“The club game is huge and I know myself from the last few years that it’s been so tight and you get really good games and it’s a good standard. People looking at the county set-up would be more inclined to join when you are going well and hopefully that will continue because not only do we want to win an All Ireland but we want to build for the future as well,” she stressed.