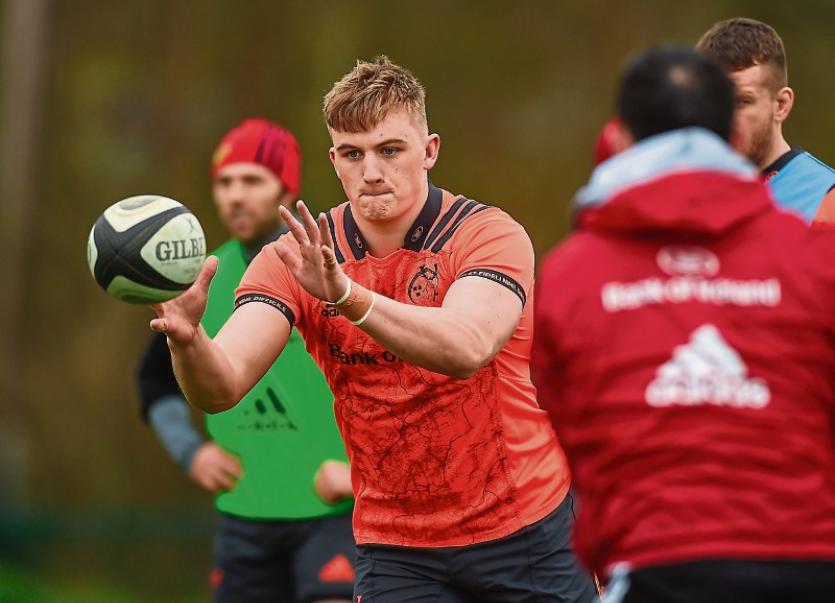 YOU might have missed it, with the main focus from a rugby perspective last weekend being on Round 2 of the Guinness PRO14, but the new Celtic Cup competition also kicked-off.

Munster ‘A’ opened with a hard earned 24-16 victory over the Connacht Eagles at Musgrave Park on Friday evening in what was, by all accounts, a very decent game.

The new Celtic Cup was launched last month when the Irish Rugby Football Union and the Welsh Rugby Union joined forces to create a new development competition, the Celtic Cup, for the ‘emerging professional players from the four Irish provinces and four Welsh regions.’

The Celtic Cup will run over seven consecutive weeks until the weekend of October 12-14, a week after the Ulster Bank League season is set to commence.

The reaction to the opening weekend may have been pretty positive from an Irish perspective, but that certainly wasn’t the case for at least one of coaches involved in a participating Welsh side.

Former Wales Under-21 hooker Hyatt said: "(In the Celtic Cup) he (a player) goes away plays in front of a crowd of maybe 50 if they're lucky, there's no intensity.

“Professional rugby is probably one of the most brutal businesses in the world and winning or losing often defines where a player or coach goes. What they learn is the importance of winning or losing and intense scrutiny.

“I think that's the way to develop young players on and off the field."

The Celtic Cup has replaced the British & Irish Cup which was scrapped at the end of last season.

That decision was made after the 12 clubs from England's second-tier Championship decided to withdraw for 2018-19.

'A' sides from the four Irish Pro 14 clubs and 'Premiership Select' teams from the four Welsh regions had faced England's second-tier teams in pool stages and subsequent knockout rounds.

Scottish sides pulled out of the event in 2014 and English Championship teams tended to rest their best players in the cup.

Only time will tell whether the new Celtic Cup can assist players in making the transition from the amateur game to playing at Guinness Pro14 level.

It is worrying however to see such negativity existing in Wales about the competition with just one series of games played.

However, there is a strongly held belief in club rugby circles that beefing up the Ulster Bank League, with academy players from each of the provinces playing in the AIL week in and week out is the best way to develop tomorrow’s top professional players.

Anyone who attends Ulster Bank League fixtures on a regular basis, especially those in the top divisions, can see the quality, intensity and physicality of the fare on show.

One player who made the leap from playing into the Ulster Bank League into a Munster contract was Garryowen scrum half Neil Cronin.

Cronin had acquitted himself well for Munster in their opening Pro14 contest with the Cheetahs before picking up an unfortunate shoulder injury in Glasgow on Friday night,

The best pathway from amateur rugby to the PRO14 could well be under our noses.