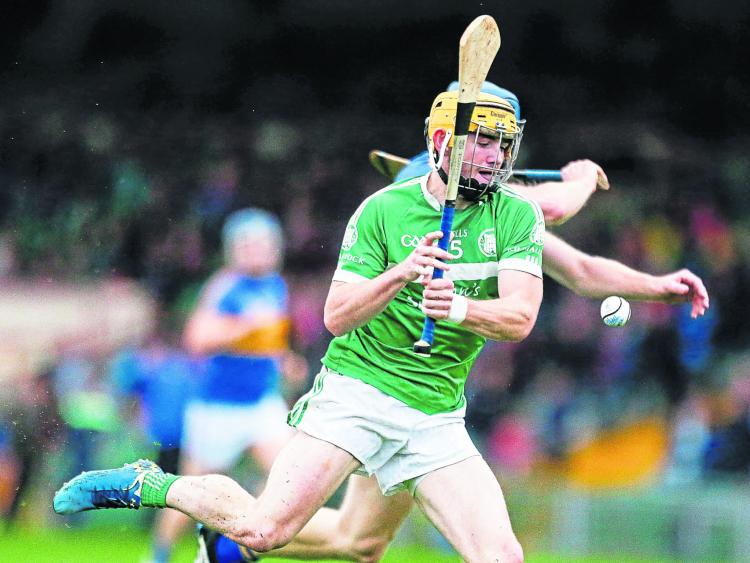 CHAMPIONS Na Piarsaigh and last year's finalists Kilmallock both sparkled in round four of the Credit Union Limerick SHC.

The duo, who have won seven of the last eight titles, were both 10-points winners in Saturday's Gaelic Grounds double-header.

The victories ensure both will advance to the knockout stages and could yet move directly to the semi finals in the final round games later this month.

Na Piarsaigh had a 2-19 to 0-15 win over Adare. Adrian Breen led the way with 1-5, while All Ireland winners Shane Dowling, Kevin Downes, Peter Casey and David Dempsey were also among the scores in the big win over an Adare side captained by Declan Hannon.

In @LimerickCLG Club SHC; Na Piarsaigh were victorious against Adare winning 2-19 to 0-15 at Gaelic Grounds. @NaPGAA had seven different scorers as they overcame @AdareGAA. Adrian Breen was top of the list notching 1-5 from play! GAANOW have the highlights here! pic.twitter.com/5VqFbCTuCq

In the curtain-raiser Graeme Mulchay thrilled the attendance with nine points from play in Kilmallock's 1-22 to 1-12 win over Patrickswell.

His brother Jake chipped in with five points from play against Gary Kirby's Patrickswell, who had a goal from Aaron Gillane and Cian Lynch and Diarmaid Byrnes among their points.

GAANOW looks to the @LimerickCLG Club SHC as Graeme Mulcahy scored nine points from play for winners @KilmallockGAA as they overcame @patrickswellgaa 1-22 to 1-12 at Gaelic Grounds! pic.twitter.com/mJ727slBna

The first spots in the knockout stages of the varying Limerick club hurling championships were confirmed over the weekend. See state of play here