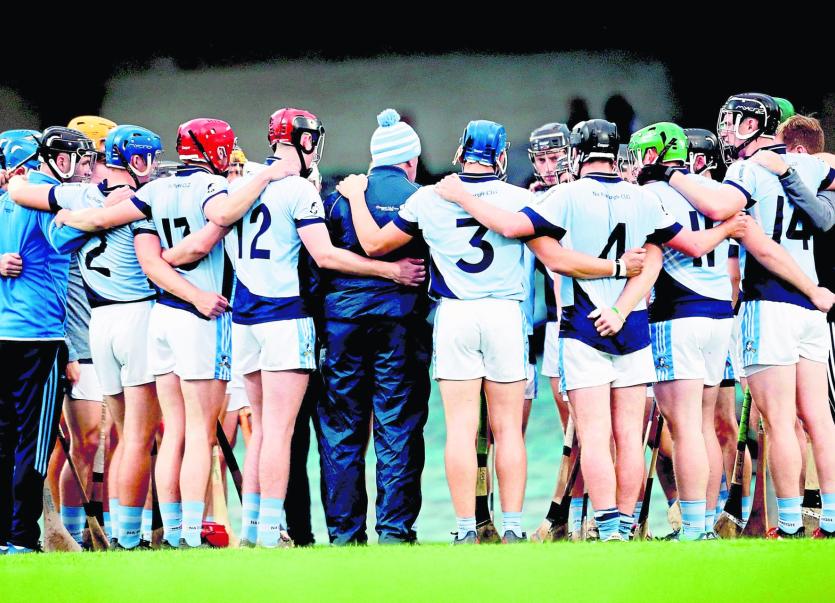 THE first spots in the knockout stages of the varying Limerick club hurling championships were confirmed over the weekend.

The Caherdavin GAA club have won four of the last seven county and Munster titles but yearn to defend their Daly Cup crown.

Saturday’s win over Adare confirmed their place in the knockout stages of the Limerick SHC semi final with one group game to spare.

In total four of the six places in the knockout stages of the championship are now known – Na Piarsaigh, Kilmallock, Patrickswell and Doon. The quartet are all from Group One – also known as the Super Six.

South Liberties and Murroe-Boher lead the way and know that victory in their final round games, against Cappamore and Knockainey, will send them into the quarter finals.

Two of Na Piarsaigh, Kilmallock and Doon will advance directly to the semi finals with the Caherdavin. Whoever loses out will join Patrickswell as one of the two quarter finalists from Group One.

Elsewhere in Group One Ballybrown and Adare play in the final round and the loser will be relegated down to Group Two, in a swap with the top team from that group and Liberties are in the driving seat to move up to the Super Six.

Relegation from the senior ranks rests between Knockainey and Cappamore.

The final round group games are set for September 22-23.

The race to earn promotion up to the senior ranks from the Premier IHC is hotly contested with all eight teams still mathematically in with a shout. There is not 100% record after four rounds of action.

Mungret are top of the table with three wins, while Blackrock (a game behind) are at the foot of the league table with just one draw.

There are four mid-week games in the Limerick Premier IHC this week - Bruff v Feohanagh in Mick Neville Park, Blackrock v Bruree in Kilbreedy and Kildimo-Pallaskenry v Pallasgreen in Rhebogue. All three games this Wednesday, September 12, at 7.30pm. This Tuesday (7.30pm) Garryspillane play Mungret in Doon.

After the mid-week games, the penultimate round of group games will be September 22-23

In the third tier Limerick IHC, Dromin-Athlacca are the only side with a 100% record after four rounds of action, while Claughaun-Old Christians are the only side that are pointless, albeit they have played a game less.

In Group One, Dromin-Athlacca play Croom in the final round group game with the winner guaranteed a semi final spot. The losing side will still play in the quarter final. The second quarter final spot from this group sees St Patricks in pole position if they beat Hospital-Herbertstown.

In Group Two, Glenroe, Granagh-Ballingarry and Effin are in pole position for the three places in the knockout stages. Newcastle West are play themselves into contention if they beat Claughaun-Old Christians in a rearranged game next week.

It's down to the quarter final stage in the Limerick Junior A Hurling Championship. The divisional champions are Killeedy, Patrickswell, Kilmallock and Doon.

After the weekend's play-off games, the four other teams are Ballybricken-Bohermore, Staker Wallace, Tournafulla and Caherline, who are the only side that didn't reach a divisional final.