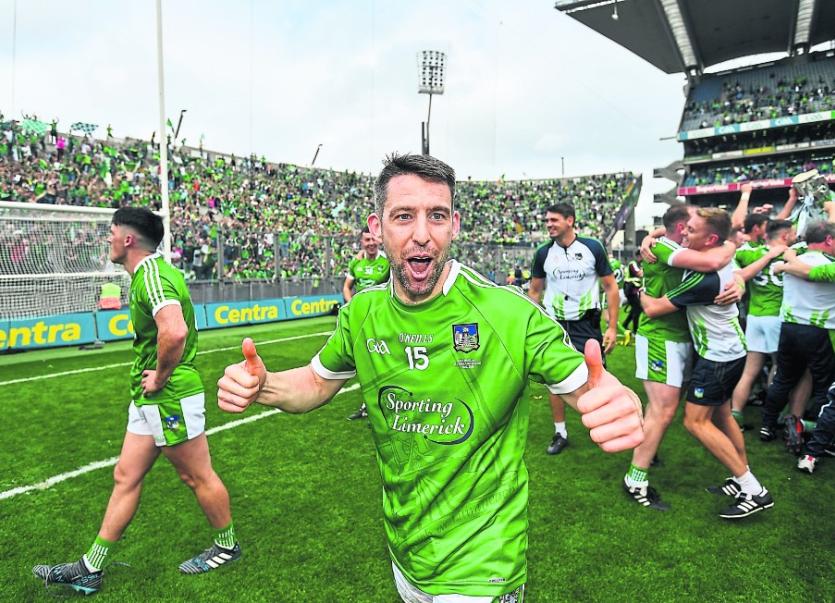 THREE of the six places are now confirmed in the Limerick SHC after Saturday's games.

Champions Na Piarsaigh, last season's beaten finalists Kilmallock and Patrickswell are all assured of places in the business end of the championship ahead of the final round of group games.

Na Piarsaigh were 2-19 to 0-15 winners over Adare, while Kilmallock were 1-22 to 1-12 winners over Patrickswell and both winners now have one foot in the semi finals ahead of the final group games.

Doon are the only side that can prevent Na Piarsaigh or Kilmallock from directly advancing to the last four and the east Limerick men would need to win both remaining games to do so.

Despite Saturday's loss Patrickswell are guaranteed a quarter final spot.

The fourth team to progress from Group One can be booked by Doon if they beat Ballybrown on Sunday afternoon.

From Group Two, Murroe-Boher continue to lead the way in the hunt for promotion and one of the two quarter final places but all won't be decided until the final round of action.

Na Piarsaigh had 10-points to spare over Adare with Adrian Breen notching 1-5 from play.

The Caherdavin side were 1-11 to 0-9 up at half time with Peter Casey getting their first half goal.

Adare had a return of 0-11 (9frees) from Willie Griffin, while Na Piarsaigh had seven different scorers, including three points from play for Kevin Downes.

Kilmallock had a 1-22 to 1-12 win over Patickswell with Hurler of the Year candidate Graeme Mulcahy scoring nine points from play for the winners. His brother Jake chipped in with five points from play for good measure. Graeme had six scored by half time, while Jake had three of his in that first half.

The Balbec were 1-10 to 1-6 up at half time. Aaron Gillane had the Patrickswell goal after 17-minutes but Oisin O'Reilly hit back with a Kilmallock goal within 60-seconds.

Points from Paudie O'Brien and Gavin O'Mahony helped ease Kilmallock through the second half.

The winners were led by 0-10 for Seanie Tobin - five from play.

Monaleen only had two scorers - Mark O'Dwyer with 0-12 (10frees) and Luke Murphy with five points from play.

Cappamore were 3-4 to 0-7 ahead at half time. The men from the east had goals from Joe Lonergan, Declan Deere and Tommy O'Donoghue for the interval lead.

O'Donoghue was to finish with 1-8 for Cappamore.

Padraic Barron was top scorer for Knockainey with 1-13. His goal came from penalty to level the game after 8-minutes of the second half.

Knockainey went two points ahead coming down the home stretch with Barron leading the way.