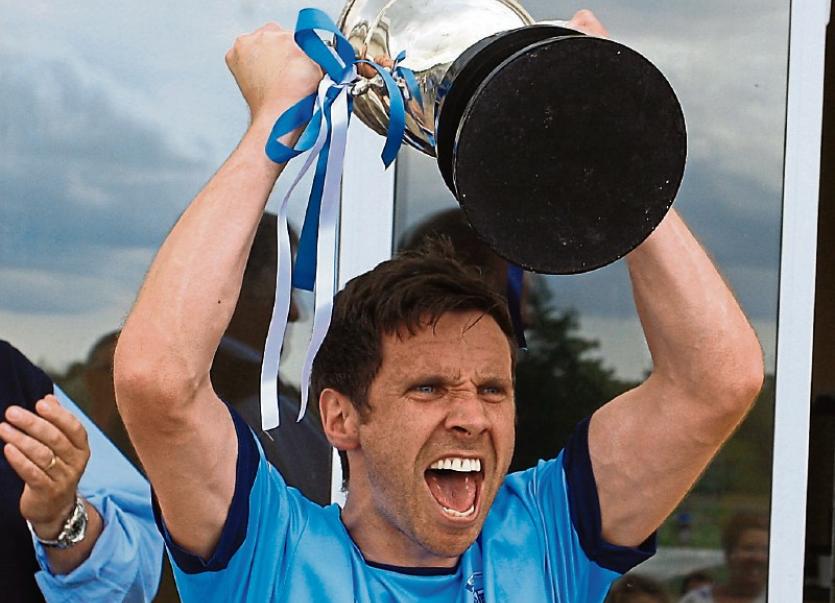 The ones to beat: The Rathkeale AFC captain Alan O'Shea is pictured lifting the league cup last season. Can they repeat their impressive form this year?

Last week’s starting date was put back to this Sunday because of an email received from the FAI stating that the consent of a player was now required to have his personal information inputted on the FAI Net for registration.

The method to achieve this is the use of an individual form for each player, which can be downloaded from the FAI website www.fai.ie.

The player’s signature confers consent for the League and the FAI to have his details on FAI Net. Failure to obtain a player’s consent will result in non-compliance by the League and FAI with the recently enacted state legislation GDPR.

Following the FAI’s clarified position on the matter, the cancellation of last Sunday’s fixtures was to allow the League/FAI achieve compliance with GDPR legislation by allowing clubs additional time to obtain the signatures of their players on individual forms. Clubs should then either scan each form and upload to FAI NET (preferable) or post to the League Registrar Mike Walsh, Killeens, Reens Pike, Ardagh, Co. Limerick.

All signed forms should be uploaded to FAI Net or posted to the League Registrar by Friday 31/8/18. Please act immediately to meet this deadline.

The Youths League begins on Saturday. Division 1 looks very strong and Broadford United will be favourite to retain the title as all but three of last year’s panel are underage again. The other five teams will all provide stiff competition.

Mountcollins could be the dark horses in Division 2 as they had a good u-16 team two seasons ago.