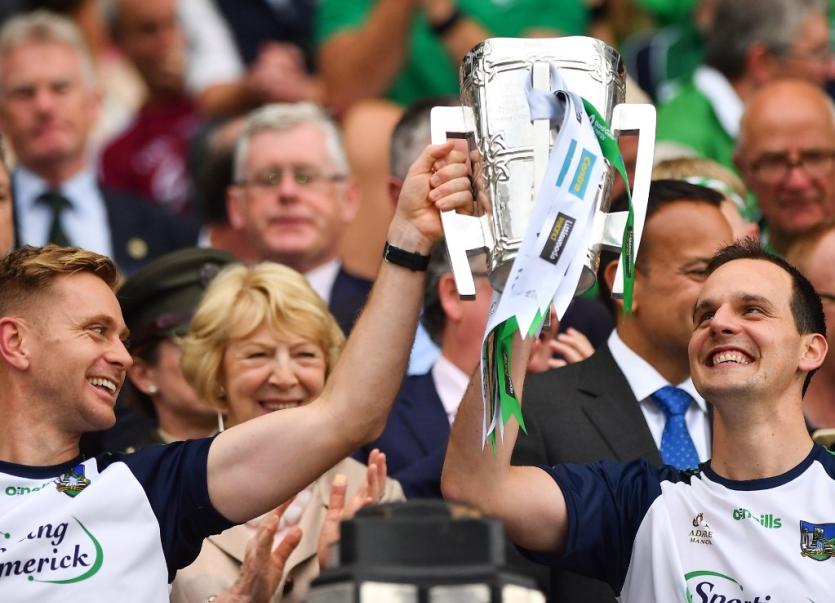 PAUL Kinnerk – not one to be centre of attention but one that certainly deserves to be.

Kinnerk is still shy of his mid-30s but what a CV – it’s an ultra exclusive list to coach two different counties to All Ireland senior hurling honours.

Not bad for a footballer…

A Limerick SFC winner with Monaleen, Kinnerk also played league and championship football for Limerick. He made his Limerick senior football debut in 2011 and was part of the panel until 2013 – winning a Division 4 league medal in Croke Park in 2013.

It was his teaching job in Shannon’s St Caimins that first brought Kinnerk into hurling coaching.

Former Clare All Star hurler Sean Stack was also a teacher in the school and spotted Kinnerk’s talents, Stack brought Kinnerk alongside him to his native Sixmilebridge and from there the career of the now two-time All Ireland SHC winning coach snowballed.

Alongside Davy Fitzgerald, Kinnerk led the Clare seniors to the 2013 All Ireland SHC and a 2016 Allianz League, among other titles.

All in Limerick yearned for Kinnerk to return ‘home".

There was much glee when the Monaleen man was unveiled as part of John Kiely’s management in September 2016 and two years later Kinnerk has once again helped master-mind a success.

It’s also no surprise that alongside Kinnerk was Joe O’Connor – the duo also worked together in their ‘Clare days’.

The Rathkeale man was described as “world class” by John Kiely in recent times and as the team’s strength and conditioning coach there can be no denying Limerick were in supremely fit.