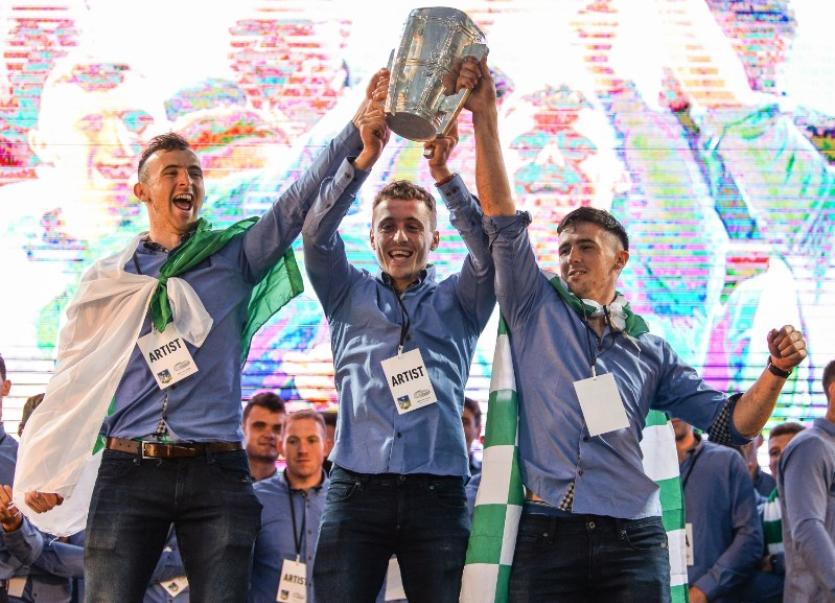 FOUR of Limerick's All Ireland hurling winners were back on club action this Saturday evening in the Limerick SFC.

But defeat was their lot with Oola losing to St Kierans and St Patricks losing to Fr Caseys.

There were three games in the Limerick SFC, St Senans defeated Na Piarsaigh in the third game.

Gearoid Hegarty started and captained St Patricks but they lost 1-14 to 1-11 to Fr Caseys in Rathkeale.

The Abbeyfeale men were 1-6 to 1-4 ahead at half time with the city men failing to score from play in the opening half.

But five minutes from half time, St Patricks had a goal of their own - Eoin Hanrahan finding the net from the penalty spot.

When John Mullane had the first St Patricks score from play the game was level for the first time at 1-7 each, four minutes into the second half.

But the city side never got ahead and five points in succession steered Fr Caseys towards the winning line with Adrian Enright kicking three of the five.

John Mullane had late frees but Fr Caseys held on for the win.

In Kilmallock, St Kierans made it four wins from four to seal their place in the knockout stages. They were 0-17 to 2-7 winners over Oola. The east Limerick men had Darragh O'Donovan in their starting team and both Richie English and Pat Ryan were second half substitutes.

The west Limerick side had scores from Seamus Mangan 0-5(3frees), Liam Kennedy 0-4 and Noel Callanan 0-3.

The Richie English goal after 52-minutes made it 0-13 to 2-6 but Kierans' late scores from Mangan and Niall OShea saw out win.

In Clarina, St Senans had a 1-12 to 1-11 win over Na Piarsaigh, who had no inter-county senior hurlers on duty.

The west Limerick side led  1-5 to 0-5 at half time. Their first half goal came from a Darren Kavanagh penalty.

Na Piarsaigh drew level in the third quarter but an Ollie Wallace goal on 50-minutes moved St Senans 2-9 to 0-9 clear.

* See the print editions of the Limerick Leader newspaper for full match reports on all three Limerick SFC games.