Winter is cancelled by Limerick's boys of summer 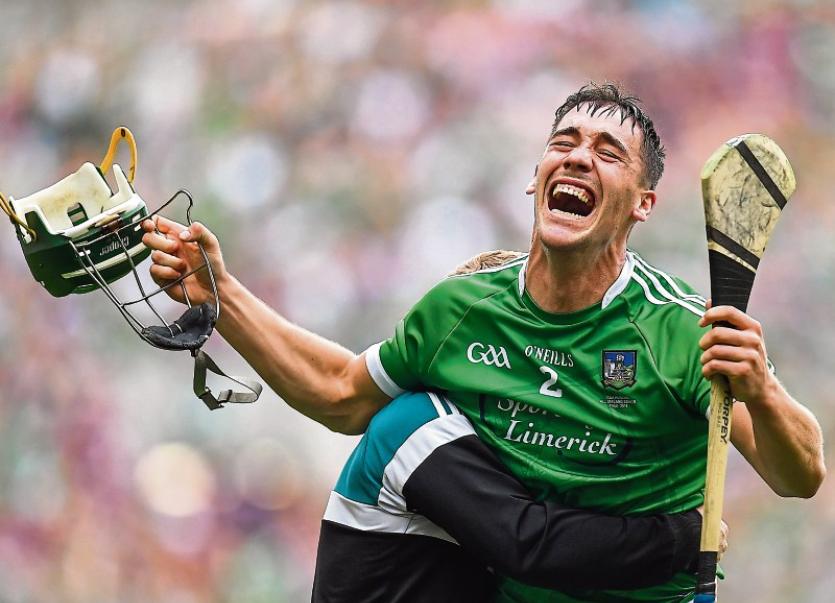 BOY, Limerick don’t do easy! The 2018 All-Ireland champions put their supporters through the ringer before closing out the most dramatic, tension-filled, heart-stopping, absorbing victory at Croke Park on Sunday.

Five final defeats since 1973 and a 45-year win for a Liam MacCarthy win had Limerick supporters refusing to believe that the famine was over even when substitute Shane Dowling blasted Limerick into an eight-point lead, 3-15 to 1-16, in the 68th minute.

There were echoes of Munster’s first long-awaited Heineken Cup final win in 2006 too as the scenes of delirious Limerick fans at the Gaelic Grounds were flashed up on the big screen at Croke Park, similar to what happened at the Millennium Stadium where images from Limerick’s O’Connell Street were shown to the Cardiff crowd.

But Limerick fans were right to put thoughts of celebrations on hold, no doubt recalling the bitter disappointments of 1994 – when Offaly came back from the dead – and then two years later when Wexford shattered their dreams – as Galway finally roused themselves, roaring back with two goals in stoppage time from Conor Whelan and a 20m free from Joe Canning to cut the lead to a single point.

That advantage had been as big as eight a few short minutes earlier.

But Graeme Mulcahy had regularly proved a match winner for Limerick throughout the hottest summer on record – both on and off the hurling field –  and his priceless point in the 77th minute stopped the bleeding.

There was further excruciating drama to come, however, as a Joe Canning ‘65 reduced Limerick’s lead to a single point – but John Kiely’s men held on to seal the most famous of wins.

Beforehand Limerick fans wondered how the side would cope with the magnitude of All-Ireland final day at a sold-out Croke Park. All that sound and fury. But Limerick fans need not have worried.

The players insisted they  were not weighed down by the baggage of history. Previous decades of heartbreak had not impacted on them. And to be fair they were right in that assertion.

From the moment Galway captain David Burke had his hurley shattered into two halves straight from the throw-in, Limerick signalled their intent. Slick, composed, controlled hurling, allied with fire and brimstone.

A potent mix on the ancient craft’s greatest day. It was just such a pity that Limerick couldn’t make more of the scoring chances which came their way in that opening 35 minutes.

Eleven scores and 11 wides from 22 shots on goal. Mind you, Galway fared only marginally better on the conversion rate during the opening 35 minutes, with nine wides from 18 scoring chances.

The second half began in a similar light as Limerick continued to make the running, keeping their subdued opponents at arms length. The excellent Kyle Hayes pilfered four precious points from play, while wily corner forward Mulcahy mined 1-2 in total and Tom Morrissey helped himself to 1-1.

There simply seemed no way back for Galway as the half wore on.

But Galway showed the hallmarks of champions, led kicking and screaming back into their contest by talismanic forward Joe Canning.

Despite racking up 20 wides in all, Limerick would simply not be denied. The new champions showed admirable resolve through eight minutes of injury time to seal a famous win.

Captain Declan Hannon climbed the steps of the Hogan Stand to receive the MacCarthy Cup, just like Eamonn Grimes did in 1973.

It has widely been regarded as the best hurling championship in living memory. Winter will be officially cancelled in Limerick this year! Before that there is an unofficial Bank Holiday Monday to enjoy. And the homecoming too. Quite a prospect.