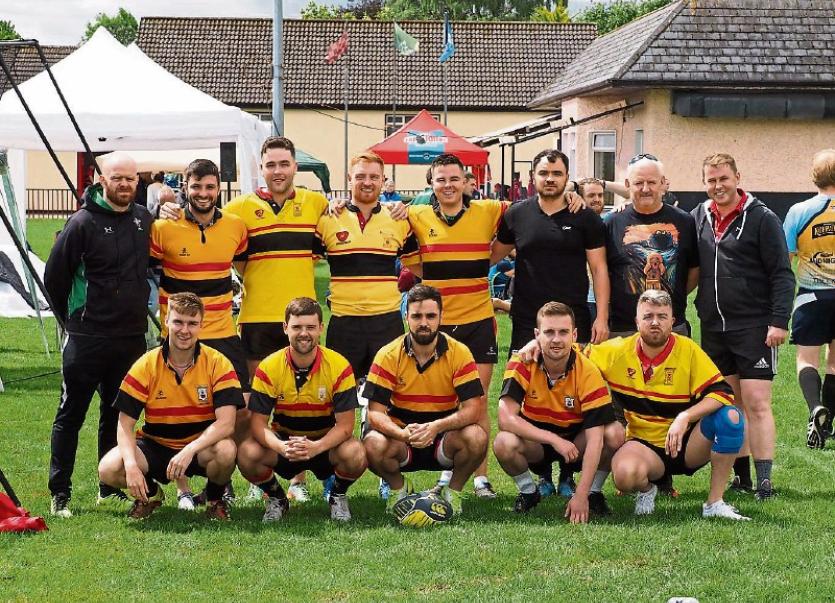 A NEW rugby club in Limerick city was been officially ratified by the Munster Branch of the IRFU.

Ardscoil Old Boys RFC is the first junior rugby club to be established in Limerick in in eight years and the first new club based in the city in over 70 years since Old Crescent RFC back in 1947.

Charman of Ardscoil Old Boys RFC, Barry Sheehan is delighted that the efforts in the summer months has finally paid off and is grateful for the support.

“We’re very thankful to the Munster branch rugby and management committee for the endorsement of our club.

“We’re delighted to be bringing nearly 50 former players and some new faces who never played for the school, all back playing the sport that they love,” Mr Sheehan said.

The club currently boasts a total of 64 players, 45 from Limerick and 19 based in Dublin who train in a temporary base in Ballsbridge and will look to secure a permanent training camp located in the capital in the near future.

Despite the club's lack of marketing this summer, the 'word of mouth' rumours of the club, sparked local businesses and communities to help the club grow to its potential.

“We expected support from the lads at Ardscoil, and a few do sponsor us and help us out like LBS Partners, Fit 100, Accounting Pro Ireland, Setanta College and RugbyLAD.

“Garryowen FC and Shannon RFC provided letters of support for us, and members of the Limerick city and county council were unbelievably helpful as well, Mayor James Collins, Frankie Daly, Michael Hourigan and Vivienne Crowley, were all on board with the club's ethos,” Mr Sheehan acknowledged.

The pupil-affiliated club's ethos focuses on the player's enjoyment of the game rather than a harsh commitment to the club's quest for silverware.

“What happens a lot after schools rugby is that the medium level player falls through the cracks, a lot of us are those players who’ve trained their socks off every week and would be a good player for any J1 or J2 side.

“We know people have got lives, wives, girlfriends, jobs, holidays and you shouldn’t be punished for living your life, the club shouldn't come first, that’s not fair,” Mr Sheehan explained.

Despite the club’s emphasis on enjoying the game, they remain ambitious that they will put up a competitive campaign in their maiden voyage in the North Munster Gleeson League.

The Old Boys has already secured big names for their coaching team including Munster prop and proud Ardscoil alumni, Dave Kilcoyne who proposed a particular condition when joining the new club.

“When Dave came aboard, he requested that we make him club captain, and I said I’m not sure because we have some very decent props,” Mr Sheehan chuckled.

If you are interested in playing for Limerick’s newest rugby club, their training sessions take place every Wednesday evening at half seven at the UL North campus.

For more information on joining the club in Limerick or Dublin, contact head of recruitment, Peter Hodnett at 085-7638327 or visit their Facebook page.