The demise of sport on TV is nigh! 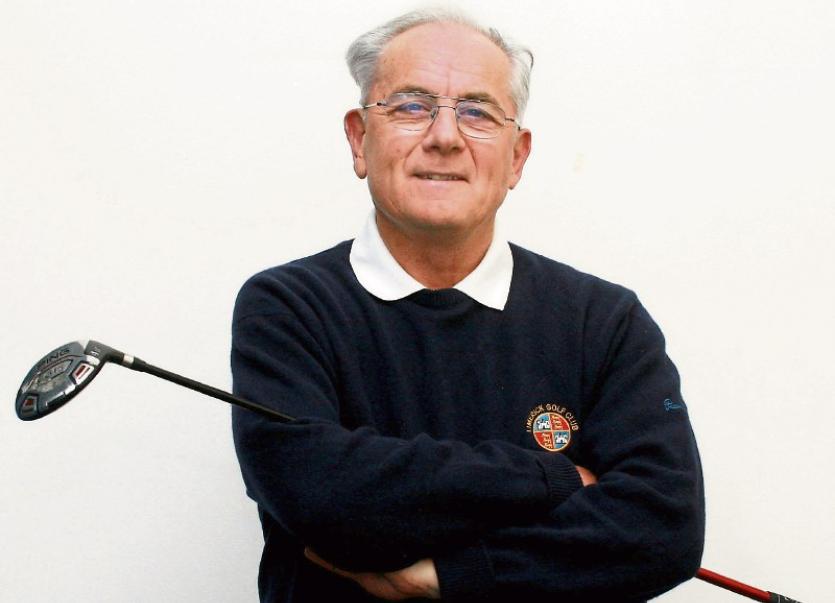 LAST week's PGA Championship (golf's fourth and final major of the season) was banned in our house! It is the second year in a row that I never saw a shot played live in the PGA Championship because it wasn't on TV - or, at least TV as I know it.

The technology-literate have been predicting that all TV sport will be heading the same way sooner than we think.

Terrestrial channels, like RTE and BBC, will lose GAA, soccer and rugby coverage, as well as golf in the next year or two; possibly World Cups and Olympic Games too.

All sports on TV will only be found as 'interactive pay-to-view' products on-line.

SKY Sports and BT Sports may be consigned to distant memory.

Can you imagine having to sign up on line and pay to watch the All-Ireland hurling final on TV? Or, being transported into the middle of the action as if you were gaming on Minecraft?

Soon, we'll be trying to explain to our grandkids what a non-interactive terrestrial TV was. . . . but they won't believe us!

Changes in every industry come more rapidly these days. Ask anyone in the media, air travel, hotel, music or taxi industry how their traditional business model is changing?

Sports bundles in the future will be on demand, sourced via exclusive online entities and we will interact with each other on second screens with feedback throughout.

The demise of sport on TV (as we know it) is nigh! Did you ever think you'd see hurling on SKY Sports? If Eleven Sports does a deal with the GAA for their premier event . . . . just like was done for golf's PGA Championship, who can stop it? Nothing is sacred where money is concerned.

I'm not glad I missed seeing the PGA.

It seems to have been a very exciting finish with Shane Lowry right in the thick of it until he tripped up on the last three holes and had his Tour Card prospects trampled on by a herd of stampeding golfers who over-powered a 7,300+ soft, golf course with little run on the ball.

The pros are fully entitled to the advantages of long hitting but every golf course in the world is rendered defenceless when the ball goes as far as it does.

TRY as I might, I can't deny the players are improving and adapting to the advances of science. But, only in so far as courses are too short for them and it is making a mockery of the game.

I wish the authorities would take some speed out of the ball and reduce the size of driver heads. It's the golf courses I am worried about. They are obsolete from a pro golfer's point of view.

I am not against all progress - just the ball and driver.

I am in favour of more progressive greens-keeping equipment, rain gear and all types of clothing, motorised trolleys, fancy ball markers, wedges and finesse clubs - anything you can think of as long as it doesn't result in increasing the length of golf courses.

6800-yards should be the limit on links courses and 6300 on parklands.

They have speed limits for cars, don't they? That's what I'd like to see - a kind of golf ball speed limit.

Instead of being a game, golf has become a boom and bust industry. Industries are finite. They don't last when technology dictates their progress and survival. It was a big mistake to allow golf to be taken over by technological advances dictated by the manufacturers.

They have resisted this mistake in other sports. The ball was slowed down in tennis and an artist like Roger Federer was allowed to thrive.

The character and challenges of baseball have been maintained because they controlled the characteristics of the ball.

I can hear the nay-sayers explaining that it is the conditioning of the modern golfer that contributes most to how far he is able to hit the ball.

All one has to do is look at the Charles Atlas-like before and after photographs of Brooks Koepka, who has now won three of the last six majors in which he has played.

His appearance when he was 19 and what he looks like today are spectacularly different.

He has clearly been a devoted disciple of gym culture. Ditto with Tiger.

The truth can hurt and is better left unsaid at times. Nevertheless, here goes!

When compared to Brooks Koepka, Shane Lowry appears 'physically unfit.' It's now the age of the designed, chiselled golfer.

I prefer to see the artistry of the naturally talented (like Lowry) having a chance. Roll back the ball and driver head and it could still happen.

Physique aside, what impresses me most about Koepka is how cool and unemotional he is under pressure. I am not inferring that Lowry isn't cool - he just ran out of gas.

Koepka's ability to smash through the 'marathon wall' on the back nine on Sunday, is due to his gigantic arms bristling with muscles that also contain the putting touch of a locksmith.

You’d think that golfers who hit the ball high, far, and pure would have the advantage, but nobody really knows in golf — a most confounding game - Lorne Rubenstein