Tommy O'Donnell back from injury to captain Munster rugby team 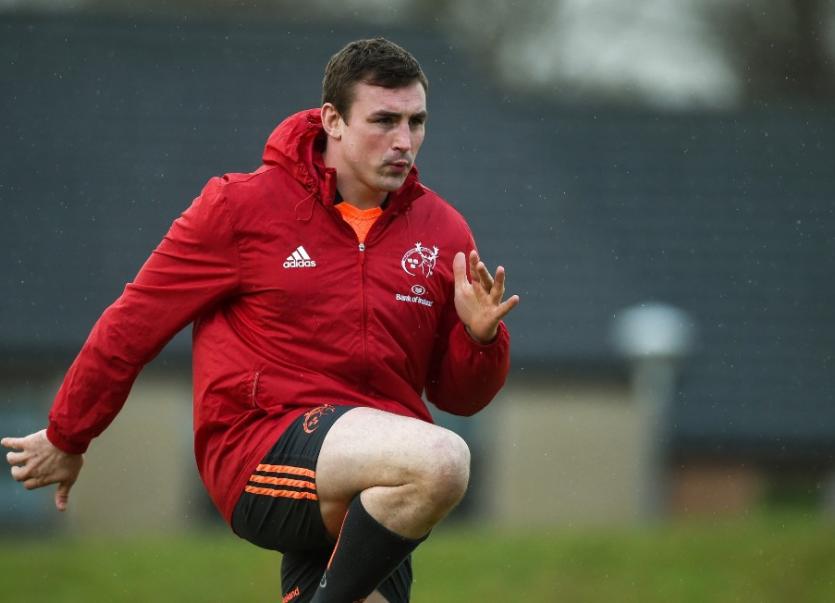 TOMMY O'Donnell captains Munster on his return from injury for Friday's clash against London Irish at Irish Independent Park  in Cork.

The first game in the Kearys Renault Series has a 7.30pm start.

The game will see Munster play on the new modified 3G pitch for the first time.

Ireland international O’Donnell captains Munster for the first time since leading the province to a win over the Maori All Blacks in November 2016.

New signings Neil Cronin and Mike Haley are among the replacements.

Stephen Fitzgerald starts at full-back with Calvin Nash and Darren Sweetnam on the flanks.

Rory Scannell and Dan Goggin team up in the centres with James Hart and JJ Hanrahan providing the half-back pairing.

Jeremy Loughman, Kevin O’Byrne and Brian Scott make up the front row with Fineen Wycherley and Darren O’Shea in the engine room.

Prop Cronan Gleeson, who has trained with the squad during pre-season, is among the front row replacements alongside Dave Kilcoyne, Mike Sherry and Ciaran Parker.

Neil Cronin and Mike Haley are among the backline replacements along with Ian Keatley and Academy trio Jack Stafford, Alex McHenry and Liam Coombes.