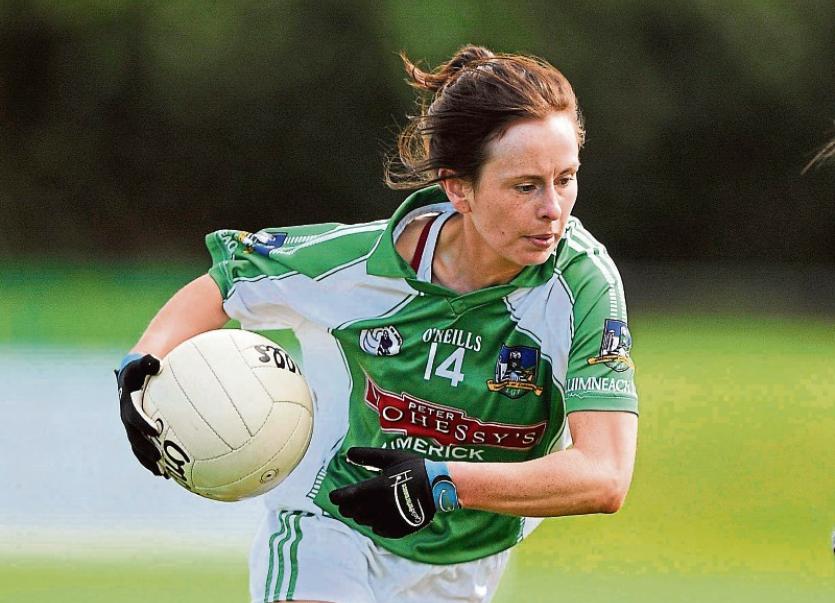 THE Limerick Ladies football team have been given a huge boost ahead of their vital All Ireland Junior championship match against Carlow in Askeaton on Saturday at 2pm.

Manager John Ryan confirmed this week that Dymphna O'Brien has been training with the panel for the last three weeks.

The Gerald Griffins star player is Limerick’s most decorated ladies footballer and her fire power up front could prove vital as Limerick look to secure an All Ireland semi final spot.

Limerick's one point defeat to Derry means they must now beat Carlow by two clear points if they are to top the group. With Carlow having defeated Derry by a single score, Limerick know what is required ahead of the meeting in Askeaton.

“If we win by two points, we will go through. We don't think that the Derry game should have been played on the day. The conditions were not conducive to open football. We missed some scores that day and we should have won it. This weekend is now an All Ireland quarter final in everything but name. If you win, you are in, if you lose you are out” admitted Ryan.

The Limerick panel also has another familiar name to those who follow Limerick GAA. Camogie star Rebecca Delee has joined up with the squad and Ryan believes the strength and depth of his panel is really coming to the fore now, even more so than when these two sides met in the league, earlier this season.

“That was the first game in which I took charge of the team. We played them in the league down in Carlow. We drew with them in a very low scoring game, I think it was 1-4 to 1-4 or something like that. We didn't learn a lot from that day. We have 20-21 players travel that day, but now we have a panel of 34 players which is a different ball game completely for us ahead of this weekend”

Ryan, who is calling for all Limerick football fans to come to Askeaton on Saturday afternoon says that the support will be hugely appreciated.

The first year manager is without the services of Louise Ryan, Caoimhe Clancy and Kate Geary, but does have the bonus of the aforementioned Delee and O'Brien to call on this weekend.

“We have a strong panel. We played Corofin in a challenge match last week and we went well. It's all about Saturday now and support is always welcome” added Ryan.