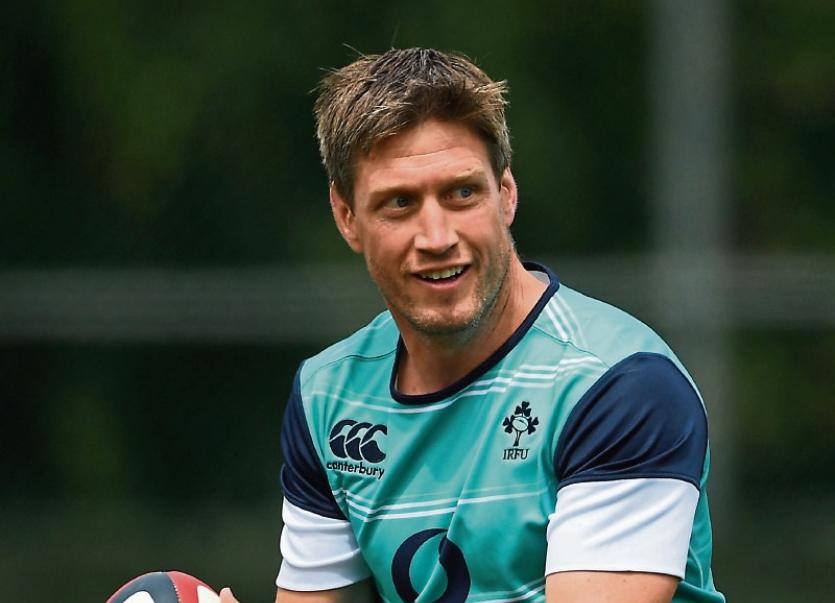 Ronan O'Gara in his time with Ireland as a coach

IF Paul O’Connell is looking for any assurances this week about his impending move to France to take up a coaching role at Stade Francais, then he need look no further than how the switch to coaching has worked for his old Munster team mate Ronan O’Gara.

O’Gara’s Crusaders defeated the Lions in Saturday morning’s Super Rugby final, 37-18, - a 16th consecutive win of the season for the Christchurch-based side to seal a ninth Super Rugby title

Without Dan Carter's influence, Ronan O'Gara may never have made the leap of faith to join the Crusaders as an assistant coach.

O’Gara spent the past four-and-a-half seasons coaching at Racing 92 in Paris. During that time the former out-half formed a genuine friendship with All-Black legend Carter.

O’Gara recalled: “Dan (Carter) asked if I would ever go overseas and coach and I said 'yeah of course'. I didn't think anything of it and then a few weeks later he asked me again. He said 'there might be something potentially at the Crusaders if it interests you'.

“I tried to keep a straight face but I was obviously burning up with excitement underneath.”

O'Gara met Scott Robertson, coaching the Barbarians with Robbie Deans at the time, in Dublin last November during the autumn internationals.

“I got chatting to Scott. We had a few discussions and there was a good vibe between us. He said 'there's an opportunity there' and I said 'thanks, I'm coming'."

O’Gara told the New Zealand Herald: “It's a massive honour (coaching at the Crusaders). Scott's (Robertson) a deep thinker on the game. He's given me an opportunity and it's up to me now to make the most of it.

“I wanted to come down here because I feel it's one of the best rugby clubs in the world. I've always admired the Crusaders. They're a club I've followed since I was a kid. I've watched their campaigns and never thought I'd end up here this soon.

“New Zealand is the best in the world at rugby so you need to get in here to test yourself against the best to be seen as a credible coach. That's essentially what I want to do here. I like competing; I like getting the best out of players and challenging myself.

“If you want to give a true opinion on something you've got to experience it yourself.

“It took me three months to adapt, and they were, I suppose, a very challenging three months. But after that it was really easy. 'Razor' and 'Gus' pulled me aside one day and just had a good word with me, and gave me a lot of confidence.

“Ever since then I have kind of kicked on and the backs have been great to deal with. I am excited, it is great for the club and it is great for me. It is what you want to be part of.”

In June, it was announced that O’Gara had extended his contract with the Crusaders until after the 2019 Super Rugby season.

“Ronan's coaching style has been hugely valuable to us in just his first season with the club.

“He has quickly formed great relationships with our playing group, and has effective means of passing on his knowledge which really resonates with the team.

“We hoped at the start of the season that Ronan would provide us with a new perspective in 2018, and he has done exactly that.

“He brings fresh eyes and knowledge to the coaching group and we are certainly seeing the benefits of his extensive skill-set and experience.

“We're pleased that Ronan and his family are settled in Christchurch and he'll continue his important contribution in 2019.”