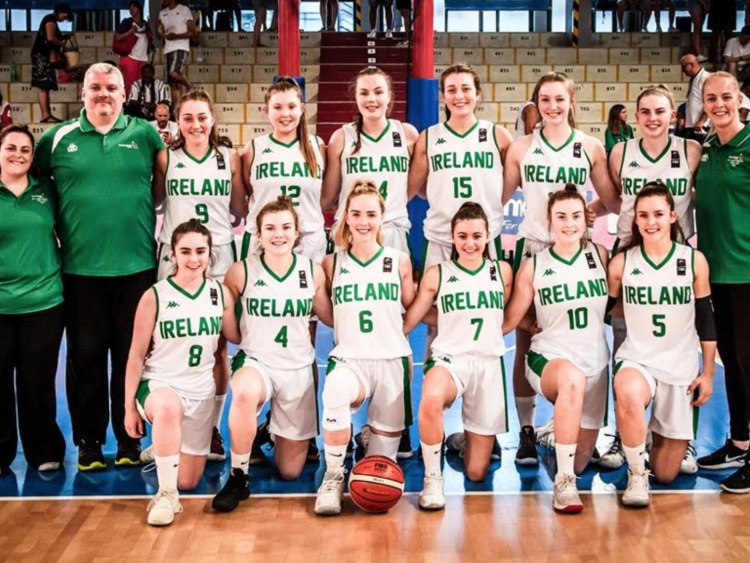 It was a tough opening game for the Ireland Under 18 women’s team, which includes Limerick Eve Nealon,  this evening as they lost out to Poland 44-64 in their first group game of the FIBA Under 18 Women’s European Championship Division A in Udine, Italy.

A more physical Polish side took the reins of the game early on, and in the blistering hot conditions, the Irish were slow to settle, ending a tough first quarter with just six points on the board to Poland’s 19.

A much improved second quarter followed as the Irish began to find their rhythm with Dayna Finn, Maeve Ó Séaghdha and Katie Williamson all finishing off well-worked scores for the Irish. At the other end, some fantastic defence from the girls in green helped to keep the threat of Poland’s Natalia Klimek in check, but the Polish still led the way at half time, 17-28.

A big push in the third helped Williamson and Bronagh Power-Cassidy find their way through the Polish defence, but Poland began to punish Ireland under the boards, picking up some big offensive rebounds, with Martyna Leszczynska increasing her personal tally to 10 points to edge them ahead 29-43 going into the last.

Ireland continued to hold their own in the fourth, and showed exactly what they are made of with big scores from Dayna Finn, Power-Cassidy and Williamson. However, despite getting the lead back to nine points, Poland’s size and physicality helped to see them home in the end, as they held on down the stretch to run out 20-point winners.

Speaking afterwards, Ireland Under 18 head coach Patrick O’Neill stated: “We had a tough second half, we were down 11 at half time after doing a lot of things right defensively, we outrebounded them in the first half – in fact in the entire game – but we gave up a lot of offensive rebounds in that third quarter and that hurt us. There are a lot of positives though, we did a great job defensively, and while we lapsed a bit in the third, there’s a lot of positives to take from it ahead of Russia tomorrow."

Ireland take on Russia tomorrow, at 3.30pm, in their second game of the group stages.