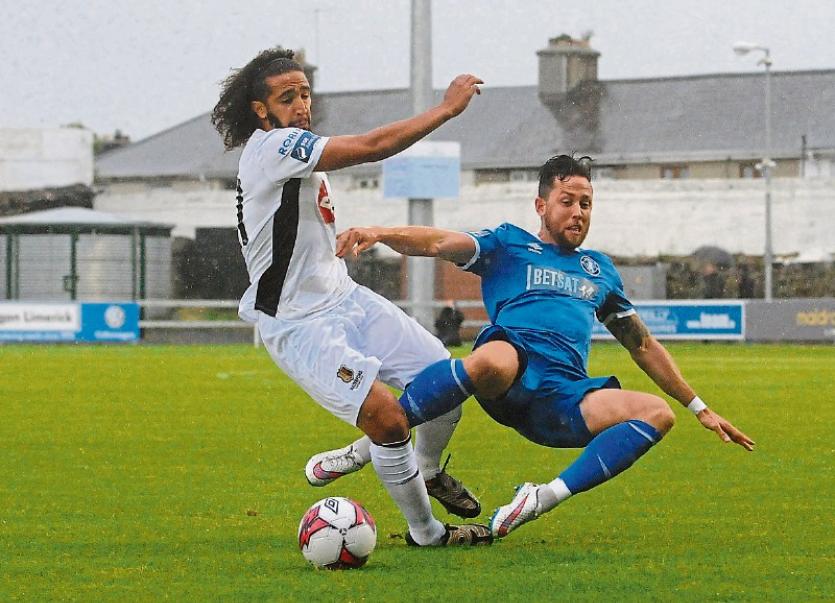 Limerick FC travel to Dalymount Park to tackle Bohemians on Friday night as they aim to leapfrog Sligo Rovers – clawing themselves out of the relegation playoff spot in the process (kick-off 7.45pm).

After Friday’s surprise win over Waterford at the Markets Field, spirits are high among the Blues squad and the north Dublin venue has been a happy hunting ground for the club since they were promoted in 2012.

Shane Duggan netted just seven minutes from time to overcome their Munster rivals in a zany clash in Garryowen and now attention will turn to the possibility of getting out of the bottom two – with Bray looking like heavy odds-on shots for the automatic drop.

The Blues need a win and a Sligo loss in Derry for that to transpire, but they’ll have to do it the hard way as Eoin Wearen, who was sent off against Waterford for hauling down Noel Hunt, misses out through suspension.

Kilian Cantwell is also likely to serve a ban for an accumulation of five yellow cards, meaning Tommy Barrett will likely have to call up a centre half from the U-19s.

Barrett alluded to this after the win over Alan Reynolds’ charges last week. He said:

“We could do with bringing in a couple of players, but the FAI sanction means we can’t. I think that sanction will affect us and that’s why we hope to get out of the playoffs because the likes of Finn Harps can bring in John Kavanagh on loan.

“We were in for a few lads on loan – from clubs above us – including Waterford actually, but we couldn’t take them. So, we need to avoid the playoffs if we can.”

Bleeding in young players won’t faze Barrett though, and he cited this as an aim post-Waterford.

“For me, it’s a three-to-four-year plan: stay up this year, next year is about sustaining sustainability, then grow it after that. You take it game by game, but you have to have a long-term plan.

“But I’ve said for years we need to focus and develop on our young players and that’s what we’re doing.”

For a match report on this Friday night's game, see www.limerickleader.ie or use #LLSport on Twitter