‘Words alone won't do justice to the drama’ - Martin Kiely 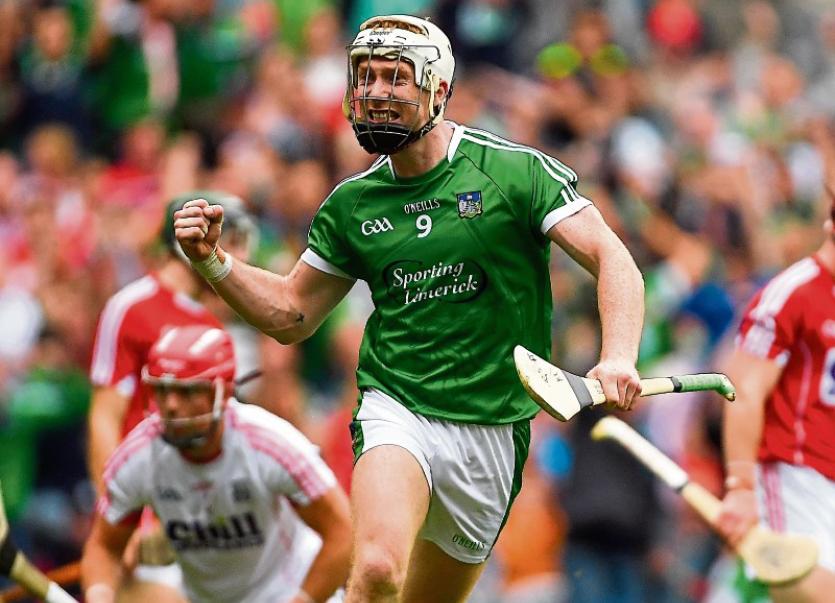 Words alone won’t do justice to the drama that unfolded in Croke Park last Sunday but that opening quote by Vince Lombardi goes someway to describe the fantastic effort by all of the Limerick players.

It will be remembered for many reasons but most of all for the manner of Limerick's recovery. It was an emotional roller coaster but when all was done we saw unparalleled scenes of joy by both the players and supporters.

This Limerick senior hurling team have shown enormous mental strength combined with amazing work rate, skill and passion. On other days Limerick would not have recovered after Cork’s goal in the second half. We know from many painful experiences in the past that Cork normally drive on from such positions but it was very different last Sunday. Limerick refused to die.

The collective effort by the team in those remaining minutes saw them shoot seven points in a row. The power of Limerick's panel was once again crucial and players like Peter Casey, Shane Dowling and Pat Ryan made a massive contribution.

Casey was smart on the ball and won some great frees while Dowling showed leadership and ability at a vital stage in the game. Once the game went to extra time there was only going to be one winner. Limerick could call on quality and the entire team expressed themselves in a manner we have not seen before.

Trying to pick out all the important moments in this game would be foolish but probably one of the most crucial was the block by Nicky Quaid. At full stretch Quaid just managed to get his hurley on the ball as Cork captain Seamus Harnedy was about to pull the trigger. Had Harnedy scored that goal it would have been very difficult to see Limerick coming back from it. Nickie Quaid’s flick was a match winning moment and from here on his team didn’t look back.

The Limerick management got many things right and they have built a hunger in the starting team but also in the subs.

Shane Dowling was like a lad that had not eaten for a week. Such was his hunger that Cork were unable to contain him. He scored some cracking points and showed some bottle to blast the penalty past Nash.

Hunger alone does not win matches. It takes many qualities to win a game of such significance and never in my lifetime have a seen such application from a Limerick team. Quite simply this team are playing to an agenda set by a very strong management team and players. The hurt of the past is not the driver of this team. They have an agenda set all by themselves.

It was frantic and exciting from start to finish. Mistakes were made a plenty but that will always be the case in games of such importance. Never before have I seen a Limerick team with such capacity. Cork had gone six points clear but still they found a way to recover. The level of work that has gone into getting such calmness and confidence into the team has to be admired.

The collective efforts of the management and backroom staff have been very impressive and all of that is now reaping rewards. Limerick got scores when it mattered most and the goal scored by Cian Lynch just on the call of halftime was equally important.

Seamus Flanagan did a lot of good work and his measured pass to Lynch saw Limerick lead by one point at halftime. It was a testing day and the pressure of the occasion soaked in on some players. Even in the warm up this was visible. The Limerick full backline did well. Nothing fancy but they stuck to their job.

Finn, Casey and English hurled with intelligence. They protected their space and had the better of what Cork had to offer. Richie English stood out, he was in command and played with freshness and cuteness.

Limerick had many more goal chances throughout the game and someday Aaron Gillane is going to cause havoc. He knows well the chances he had and had things gone right for him he would have finished with four goals. His ability to come in from the side and catch and turn makes him really hard to mark. He is a special talent.

Cork made life difficult for the Limerick half backline, they pushed towards midfield and for long stages Limerick were in trouble here. Cork had the measure of Limerick in many positions and a number of players were finding it difficult.

I thought Gearoid Hegarty was superb in the half forward line. His points were important but his work rate was very impressive. Once more Graeme Mulcahy took the game to Cork. He is a man inspired this year. He landed some great points and overall made life very difficult for the Cork defence. His points came when they were needed and just after Gillane had kicked a goal chance wide.

The Limerick subs contributed 2-6. That in it’s self tells the story of this game. Some of the points Limerick scored were outstanding. The run of Kyle Hayes under the Hogan stand was spine tingling. He showed great maturity in the way that he cut in and let rip with the left to score a point that lifted the team.

The clock had just passed seventy one minutes when Aaron Gillane landed the equaliser. The Patrickswell man finished with 0-13 to his credit, a good days work and it could have been much more.

Trust me Croke Park shook to its foundations when the team levelled. These young men did what Cork did to others so many times. Cork players failed to take responsibility when they were on top but when Limerick smelt blood they went after them.

Leadership is needed to win major games and titles and this year I am seeing in Limerick what I have witnessed in so many other winning teams in the past. They have taken steps that will stand to them and Limerick hurling for generations to come. They have set a foundation and template that has never been in this county before. To get to that place both players and management have to go well beyond their comfort zone. It takes a deep look into the soul to find oneself and then and only then will the ordinary become great.

Hurling ability is only one part of winning an All Ireland title but bit by bit the Limerick management have built components and the sum of all the parts is what makes this Limerick team different.

John Kiely issued sound words after the game and we would all want to take notice.

Limerick have been in this position before. Players and supporters forgot about the task ahead and for that reason we are forty five years waiting for Liam McCarthy to come back to Limerick.

I have no fear that the players and management will do the right thing this time. Their focus is really good and they will need space to get their heads around what lies ahead of them on August 19.

Management will look after players and that’s all that really matters. For sure we will enjoy the build up but that’s all it is. A build up.

Lads talking about big screens and all that rubbish will not help. What matters is Limerick winning the All Ireland. We have had lots of sideshows in the past and we know how they all worked out. Last Sunday was a day of days in Croke Park for Limerick but I feel better is just around the corner.

For more of Martin's Columns, see www.limerickleader.ie or use #LLSport on social media