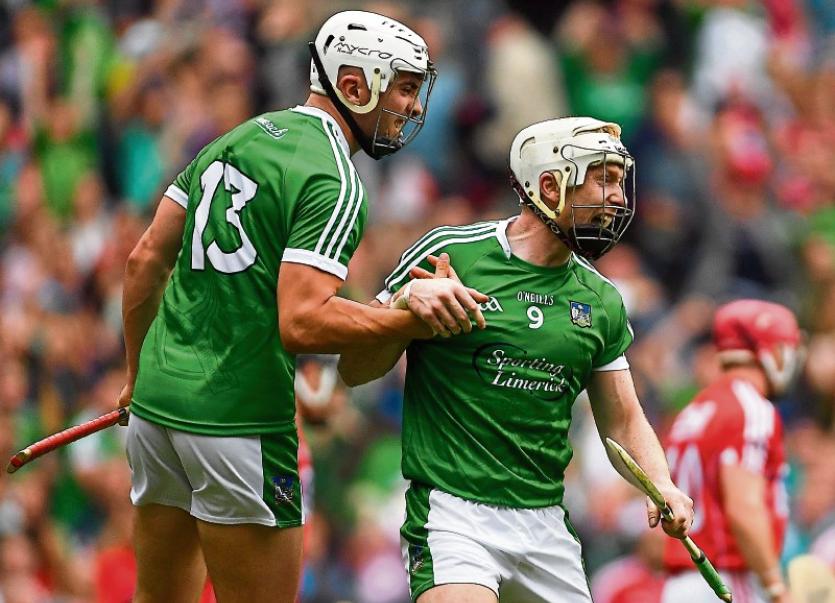 They both went to Patrickswell NS and soon won a County Feile na nGael title together with Patrickswell.

Both then went to Ardscoil Ris and won Rice Cup, White Cup and Harty Cup titles together.

Both then went to Mary Immaculate College and won a Fitzgibbon Cup title.

Back with Patrickswell, a Limerick SHC medal was added to the collection..

Last year with Limerick, Gillane and Lynch won their second All Ireland U-21 title.

Gillane made his senior inter-county championship debut this Summer and along with Lynch and Diarmaid Byrnes, ‘The Well’ had three in the Limerick line-up in Croke Park last Sunday as the men in green and white ended an 11 year wait to return to the All Ireland SHC final.

Lynch and Byrnes have started all seven games enroute to the August 19 final.

Back in June Gillane was sent off in Pairc Ui Chaoimh as Limerick and Cork drew in the Munster SHC but eight weeks late he returned to torment The Rebels in Croke Park last Sunday with six points from play in a Man of the Match display.

In total the free-taker finished with 13-points.

“We are all just over the moon – this is what we all trained for in the tough months after Christmas and January and February. This feeling just after the match is euphoria,” beamed Aaron Gillane when speaking to RTE.

“The support we have is unbelievable and they deserve a day out like this,” said the 21 year old.

He again praised the mental strength of all in green.

“Two weeks ago against Kilkenny when they got the goal, people completely said 'this is the same old Limerick now, they're gone'. But no, we always kept believing. We stuck to what we know and came out on top,” he said.

“We just want to do well. We've had a few sorry stories the last few years and there comes a time when you get sick of it. So we just want to kick on now,” he stressed.

He was forced off injured in extra time but hopes to be okay for the final.

“Ah it's alright. It happened me a few times so I'm used to it. I'll do the rehab over the next few days and it'll be grand. There'll be no fear of me,” said smiled.

“As a young fella, it's where I dreamed of playing and the last time I played here was my first year on the senior panel in the league,” said Lynch to RTE.

“Before that it was in a minor game, so to come up here in a Limerick team to win in Croke Park, it doesn't happen too often. It's great to win the semi-final but there's no point in getting carried away either. We have to keep the heads on the ground,” he stressed.

“Looking around there to see the supporters and see the crowd there coming onto the field there and before the game and extra-time, Limerick people are great supporters so hopefully we'll keep going for them,” said 22 year old Lynch, who is in his fourth year on the Limerick senior panel.