"We earned our place there" - Limerick manager John Kiely 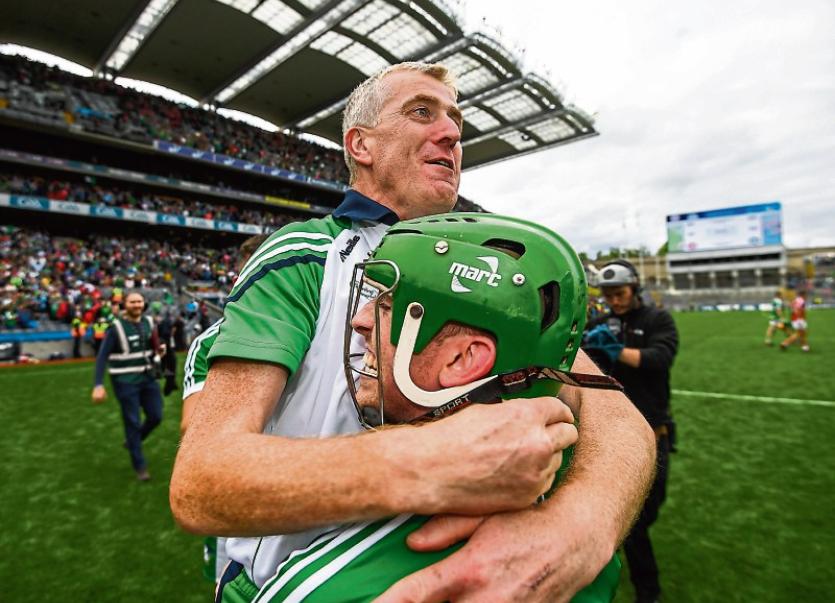 LIMERICK are All Ireland Hurling Final bound for just the 17th time in history.

Sunday August 19 in Croke Park will be repeats of the 1923 and 1980 finals with Galway or a remarkable first ever Shannonside derby with Clare on hurling’s showpiece day.

Sunday’s epic extra time win over Cork ended an 11 year wait for Limerick spot in the All Ireland final and all eyes are now on Thurles next Sunday where the opponent will be confirmed.

“We have worked hard and I think we have earned our place there,” said a jubilant Limerick manager John Kiely.

“I am massively proud of the effort of the whole panel of 36 players. It’s up to us to go away and work hard and get ourselves as prepared as we can to be the best team we can be in three weeks time and see where that takes us.” he said.

The manager vowed to protect his players over the next three weeks with a 100% focus on training.

“There is no hype for us whatsoever. Hype is something for a supporter, we have our own objectives, our own goals, our own work, we have our own routines and our own patterns. We don't have open training sessions for example, the lads go to work every day,” he outlined.

“That is it, we just go about our daily lives and to be fair the supporters have been absolutely fantastic. They have given us great space and I'm sure they will over the next three weeks. This isn't to become an issue, it is not an issue. It hasn't been an issue and that is it,” he stressed.

He praised the role played by those in green among the 71,073 attendance in Croke Park for the semi final.

“Hugely, outside there, that is the supporters job. What you saw going on there for two hours, they lifted the roof, it was phenomenal and it lifted our team so much at vital times in the game. It was immense. I can't thank them enough and I know they will do that in the future. I thank them for it and I'm so appreciative and so are the players. We have huge regard for our support, we just need to be able to do our work over the next three weeks,” he outlined.

The manager also praised the impact of his substitutes.

“When the lads had emptied the tank, cramping, and getting tired we had to make changes that were difficult because we had players, who played very, very well, but we had to take a gamble that they had given their all. Sometimes that is a hard change to make, but we made a few changes, and we managed to get a foothold on the Cork puckout at that stage as well. The boys that went in, they won hard ball, they made hard runs, and they took on the shots when they presented themselves,” he explained.