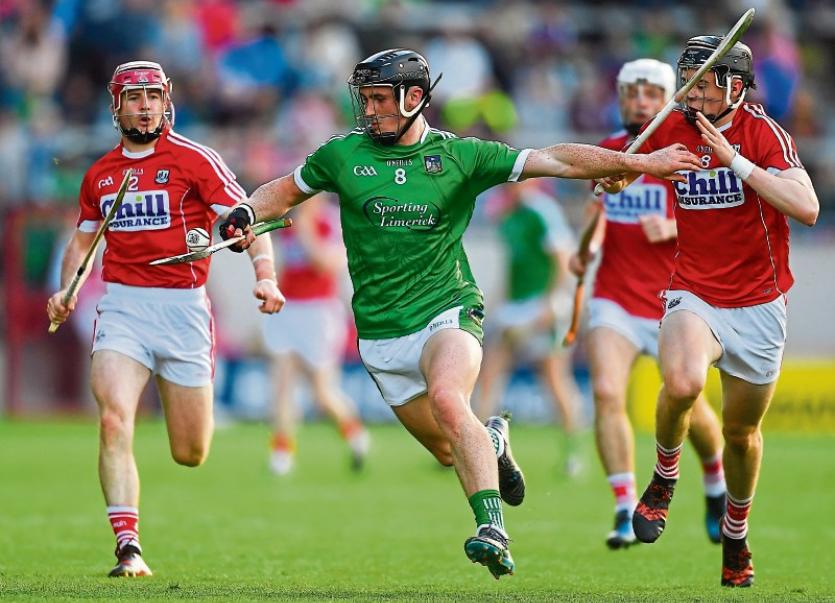 Darragh O'Donovan soloes past the Cork tackles in the Munster SHC

“AS Limerick hurling people, we want to see Limerick compete at the highest possible level,” said John Kiely when he was appointed manager of the Limerick senior hurlers.

This Sunday afternoon Kiely’s Limerick are back in Croke Park in senior championship hurling and 70-minutes away from the showpiece event of the GAA calendar.

Anyone in the vicinity of the Gaelic Grounds over the past week will know just how detailed Limerick preparations are to ensure a top performance against the Rebels. Quite simply, this panel go to Dublin as the best prepared side to ever do so. With the surrounds of Croke Park new to most of the panel on big matchday management have mimicked a match scenario at recent training sessions with crowd noise booming from the PA system.

It’s the motto of the scouts and also John Kiely – “Be Prepared” and rightly so as just an 17th ever All Ireland Senior Hurling Final appearance is the prize on offer when Limerick face Cork.

While Limerick are young, time waits for no man or so they say.

It was Brian Geary that said: “It’s time to bring it up to senior level”.

While the Limerick camp stress they have no heed on history, Limerick are bidding to end a run of three semi final defeats and reach a first final since 2007.

Sunday, (3.30pm) Cork will be the 10th different opponent to provide semi final opposition for Limerick. It will be a 16th semi final since the first in 1911 and Limerick have won eight of the previous 15, albeit only winning one of the four since the turn of the millennium.

Limerick arrive in GAA Headquarters after six games – with four wins, one loss and one draw. Cork, who lost at this stage last year to Waterford, have played five games in this campaign – they won three and drew twice.

The sides have met 64 times in championship hurling with ‘The Rebels’ winning 45 ties and the sides finishing level on five occasions. Sunday will be just the third meeting outside of the Munster SHC – 2002 All Ireland SHC Qualifier and 2006 All Ireland SHC quarter final were both won by the men in red.

Bidding to reach an August 19 final against Galway or Clare, Limerick and Cork meet in Croke Park just eight weeks after they drew in the Munster SHC in Pairc Ui Chaoimh. If the sides finish level on Sunday, two periods of 10-minutes of extra time will be played. If the teams are still level after extra time, the game will go to a replay on the August Bank Holiday weekend.