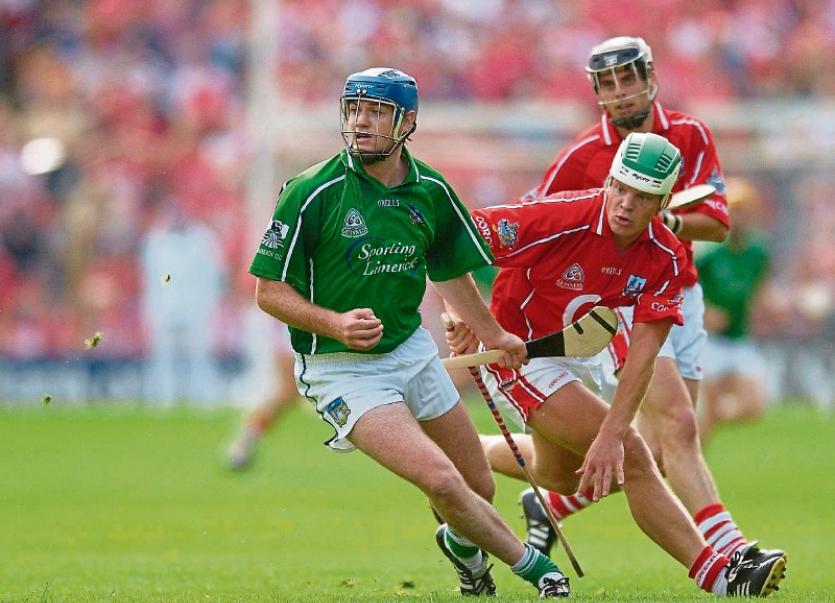 BRIAN Geary retired from inter-county hurling in November 2012 after 45 championship outings in the green and white.

He made his senior championship debut in 1999 against Cork and two years later against the same opposition came one of his happier victories.

It was the day of ‘the Diarmuid O’Sullivan point’.

“I saw the ball sailing over my head and I can remember Jack Foley lifting himself off the ground,” recalled Geary.

“He (O’Sullivan) was a beast of a man and poor Jack was just in the wrong place at the wrong time!”

While the Munster SHC tie is best remembered for the mammoth score from ‘The Rock’, Limerick actually won that day 1-16 to 1-15.

“Looking back at my own career now they weren’t too many sweet victories like that but when we did get them were very enjoyable. Championship matches back then were knockout and we enjoyed the few we got,” he recalled.

When John Kiely was handed a three year term as Limerick manager in September 2016, he turned to Geary as a selector.

The Monaleen man was one of the success stories from Limerick’s last crop of U-21 wins, 2000-2002, and now feels that the latest underage stars are well equipped for the senior grade.

“To win a Munster title a few years ago was big for us - we hadn’t won one for a long time. It’s small steps and the continued progress of the underage teams, minors getting to Croke Park and two U-21s All Irelands. There is great work being put in and we are starting to see the rewards,” said Geary.

“It’s time to bring it up to senior level,” he stressed.

“This group is special - they don’t look back or at records. If you asked some of them they mightn’t even know when Limerick last played a senior match in Croke Park. It’s very much focused on this year and performance focused,” outlined Geary.

“If you look at application, they are second to none - if you ask them to do it, they do it. They push really hard in training but the overriding factor is enjoyment and they see that if we do X, that we can improve. When lads are willing to work that hard and enjoy it, it makes it easier.”

Limerick are 11 years outside of hurling’s showpiece All Ireland SHC final and Geary insists the youngsters aren’t impacted by history but keen to go another step further.

“You are only as good as your last game and the lads are well aware of that - a semi final is there to be won,” he stressed.

There was no one getting carried away with the win over Kilkenny said the former centre back.

“They showed great character but they don’t want to go back on history - this group is very much onwards and upwards and what we can do and not what teams have done before us and what records are,” he explained.

“These lads have tasted success at college, U-21s and are used to it. They want to make their mark in the senior set-up themselves. Be it 45 years or 100, they don’t mind - it’s all about this group.”

He added: “You can see the age profiles of all panels now and there is a huge number of U-21s. We are no different to any other. With the strength and conditioning side of it starting so young, they are developing that bit quicker around and around 18-19 they are ready”.

“They have trained very well and hats off to them but there is a lot more learning to be done. The boys have been excellent, to a man across the panel of 36. They can’t even all tog out on a day of a match and that’s the hardest part for the 10 and the pressure to get into the 26 is immense and driving everything forward.”

Geary played with many of the panel from Seamus Hickey to Shane Dowling.

“I played with a good number of them. It’s hard - friendships change but in fairness to the lads they have been excellent but then again it is always easier when you are winning. If we were losing or things weren’t going so well, that’s when things can get stained.”

“​I am not finished too long myself and it’s hard to make comparisons and the lads don’t like comparisons - this is very much their journey.”