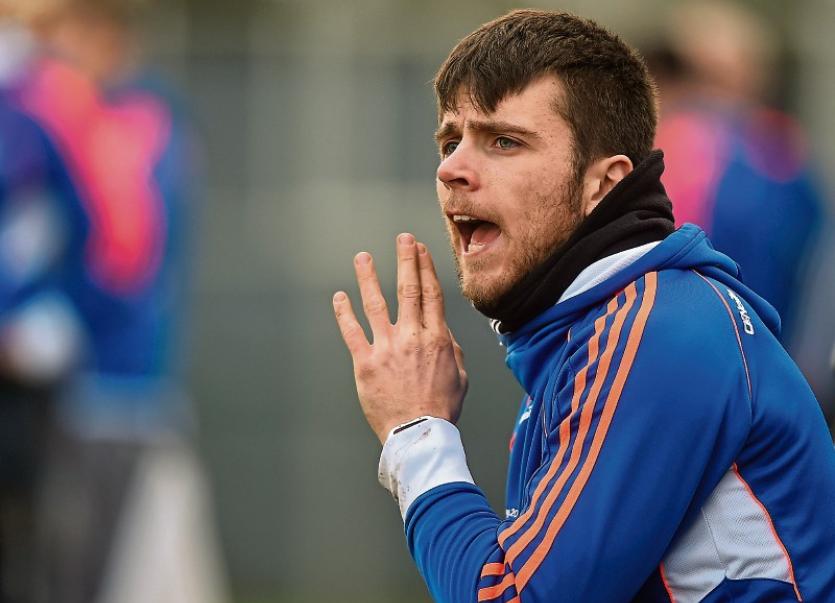 JAMIE Wall is more than familiar with both sides in Sunday’s All Ireland SHC semi final.

From the Kilbritain in west Cork, Wall is now resident in Caherdavin.

A dual player with Cork through minor and up to U-21, Wall has made a name for himself on the sidelines – managing Mary Immaculate College to the 2017 Fitzgibbon Cup title.

At present he is coach to Kilmallock senior hurlers, alongside manager John Brudair.

In the red and white he hurled alongside Damien Cahalane, Colm Spillane, Conor Lehane and others.

“I would be very fond of a lot of them to be honest and I said it before that I found it difficult to support any one team in the Munster Championship because I would have a leg in so many of the camps – Podge (Collins) playing with Clare and he is my first cousin and obviously Cork and I also have a cousin with Tipperary and then when it comes to Limerick I would be very close with some of them,” Wall told LeaderSport.

“I would consider we had a very good working relationship and a very good personal relationship now. Thankfully the college dynamic has carried on – Darragh and Richie were over for a coffee the other day. We would be good friends,” said Wall.

Casting an eye across the championship so far, Wall is impressed with Limerick’s gameplan.

“The way Limerick play the ball is the right way – they work it out and at times people might get frustrated and want them to go long but the game has moved on. To go long is okay at times as a variety, but it can’t be plan A, B and C,” explained Wall.

“They are a smart outfit in the way they use the ball. They are process orientated – they try to make sure they do the right thing. Championship can stir different things but they need to be smart with their ball,” he said.

“It will be interesting to see how Croke Park works out for them. You see, there is loads of space in Croke Park and that might suit them, but the flip side is they might actually have to go through an extra phase to get into the position from where they want to deliver,” he outlined.

“The big thing for them is to keep the heads – it’s championship hurling and the blood will be up and people will be roaring and that lends itself to blood and guts hurling, which is all well and good and there is a time and place for it but they have to stay composed,” he stressed.

“The only day that Limerick didn’t play smart ball was in Clare – they opened up the shoulders and went long and they struggled massively because they were giving the Clare defenders too much time to get back in place. If you were Cork you might try and back-off and maybe not commit and try to encourage a fella towards opening his shoulders and driving it long because there a kind of macho element.”

He is full of praise for the Limerick players as “intelligent hurlers and intelligent guys”.

“They are all smart personalities and smart guys and that’s makes life easier. I know Paul Kinnerk and know he is very intelligent and if he is trying to communicate ‘they why’ of the system to somebody and if they understand ‘the why’ then it’s easier to execute it. They have such a plethora of options of lads that are comfortable on the ball. They are comfortable hurlers anyway but at the same token a lot of work has been put into them,” explained Wall.

“Do I think they picked the way they want to play and the players had to adapt or did they look at the players and think this was the best way to play – I think it’s a combination of both.”

What of the Croke Park factor?

”If they play it on their own terms they will have a massive chance. If Cork can make them play it the way they did against Clare – stop them playing the ball out and using the ball then I would be worried for Limerick,” said Wall.