'Limerick can reach final, but it won't be too easy' - Martin Kiely 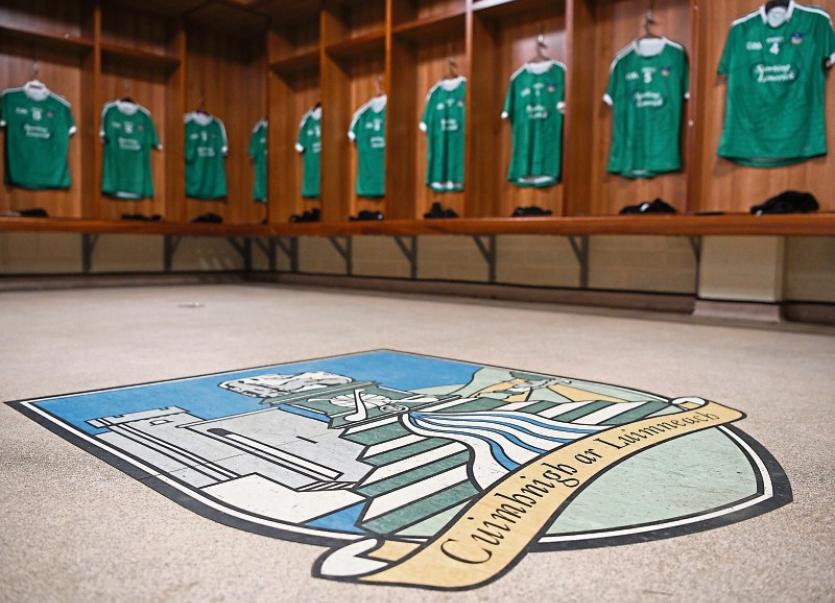 Martin Kiely believes Limerick can get to final on August 19

Progress is made when targets are set and the Limerick senior hurlers are exactly where they had planned to be next Sunday.

Croke Park has not been too kind to Limerick but it would be very wrong to blame the famous venue for all of Limericks ills.

From a team preparation point of view I think this Limerick team are better equipped than many teams of the past. The vast majority of the players have experienced the atmosphere and that will stand to them. All year the focus of the players has been really good. They have managed to find a big performance on all bar the Clare game. That shows a great level of consistency and that has not happened by accident.

The management have got many things spot on and so too has Caroline Currid the teams sports psychologist. The value and contribution that she has made cannot be over stated. She had a very impressive track record with Tyrone, Dublin and Tipperary and it’s great to see the influence she has had on the players in Limerick. She also worked closely with Paul O’Connell. Caroline Currid has played a key role and her benefit can be seen in the way many of the players are now operating at a new level.

Limerick have had some great days so far in this championship and one that really comes to mind for me was the night they played Cork on home soil.

Now let me say that game will have little impact on this encounter because the variables are very different for games in Croke Park. That game proved that as a unit this team had arrived. The manner in which they coped after going down to fourteen men gave us an insight of the mental strength of the team. The level of learning and development from playing week after week in the Munster championship has really stood to Limerick. The players were ready for the task and to the credit of the management they have supplied them with the tools necessary to survive at this level. Three words sum up the Limerick senior hurling team this year, honesty, hard work and skill. You can place them in any order you like but the end result will be the same. The team have come together as a unit, the sum of many parts and when that is the case you become hard to beat.

Limerick have had a very good run into this semi final. The timeline of the fixtures will suit them perfectly whereas Cork are sure to be a little cold after their long wait from the Munster final.

That break may not be the deciding factor in the game but I would expect it will be of some assistance to Limerick. The frantic nature of this championship so far has seen some outstanding passages of play, scores and high drama. It has also seen many mistakes and from now on learning from the mistakes will be very important.

We are now entering a stage where the stakes are higher. Limerick will have no fear of Cork. In fact I believe this current squad of players have little fear of any team. They are playing for themselves, the goals and ambitions they have set as a group and that is a great motivator.

You can only control what happens within your own dressing room but from now on it’s about minimising the mistakes, it’s about the percentage game but it’s also about taking risks. Confidence and belief are vital at this stage in the championship and I feel Limerick have matured to carry both into Sundays game.

Croke Park is a very different venue to play in than most others. There is of course the added pressure of going into the iconic venue but to be honest I think Limerick have moved on from that.

Even on calm, dry days, there is a wind factor in Croke Park and free taking can be very difficult. I can remember the former Tipperary hurler Michael Cleary telling me one time about the importance of the first free going over for you.

I mentioned earlier that Croke Park has many variables and coming to terms with them is worth a few scores at least. Controlling the space is another major factor. This will be very important especially against Cork.

The one area where Cork can really trouble teams is in attack. They have lots of pace and the wide spaces of Croke Park will suit them. In that regard I would expect Limerick to close the space down and midfield as a unit will play somewhat deeper. The Limerick half forward line wont be too far away from midfield but that might suit the Limerick full forward line. From a management point of view the experience will be different than any other venue.

Communication with players and the controlling measures of Croke Park don’t make life easy and is often a source of frustration for mangers and players. At training last Saturday Limerick tried to deal with some distractions that are part and parcel of match days.

Players have to adapt when you get to this stage in the championship but the same applies to management. Game plan and controlling the key players of the opposing team are vital. If you can manage to curtail the key men then the chances of winning will rise significantly. From a Cork point of view they have a lot of good players but four come to mind. Mark Coleman, Darragh Fitzgibbon, Seamus Harnedy and Pat Horgan are vital for Cork. How Limerick manage them will have a big outcome on the game. Coleman and Fitzgibbon have buckets of pace, they like to run with the ball, Croke Park suits them. Harnedy and Horgan are the pulse of the forward line and if Limerick hold them they will win with a bit to spare. Like Limerick, Cork have the ability to rotate their forwards and I think we will see a lot of that from both teams. Cork will focus a lot of attention on our full backline.

Limerick have been close to the line many times since 1973. When we lose we find excuses but in reality we didn’t take the chances that came our way.

On Sunday we have to take our chances and I think we will. The cut and thrust of Limerick’s championship so far will stand to them. They will have learned a huge amount from all games but especially the Kilkenny game. Yes many mistakes were made but that game was about winning and ironically it’s the same next Sunday.

It’s about winning now, it’s about getting over the line and it’s about making the right calls when the ball is in hand. Croke Park has a way of punishing rash or hurried play and from that point of view Limerick have to use the ball well.

The major advantage Limerick have this year is that they have a strong panel. We have always struggled in this regard but now thankfully we have players that can make a serious impact from the bench. In the overall Limerick have a stronger panel than Cork but depending on that alone will not be enough. Cork know how to win. Clare saw that in the second half of the Munster final. The tempo of this game will be significantly ahead of their meeting in the Munster championship.

I can almost hear the Limerick supporters roar as I write this column. The impact that has on a team as they exit the tunnel is profound. We need to win the battle in the stands. The attendance looks to be heading towards 70,000 and the time is now to support this young Limerick team. I am really looking forward to seeing the green and white of Limerick grace Croke Park on Sunday.

The time for this team is now and I feel we can win with about four points to spare.