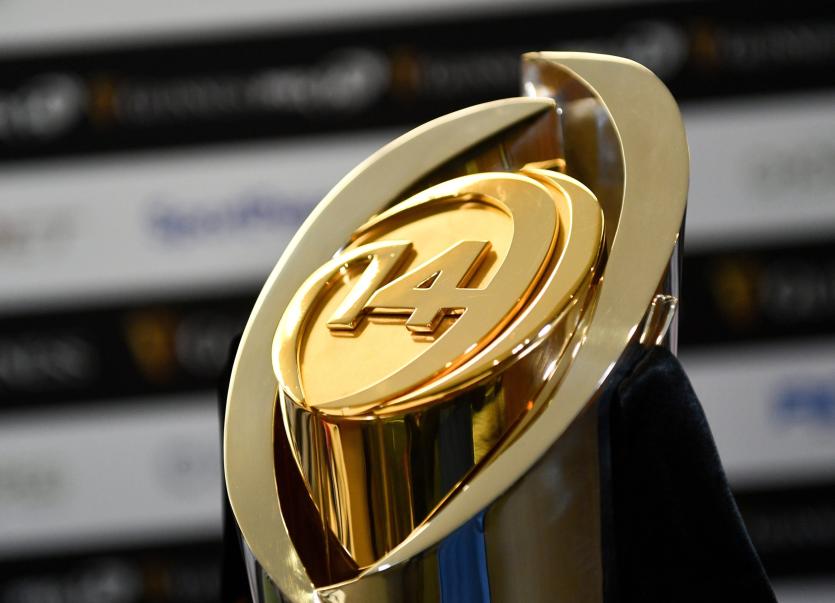 The Pro14 fixtures for the coming season have been released this afternoon. Munster will begin their season at home on September 1 with a clash against the Toyota Cheetahs, followed by an away trip to Scotstoun to face the Glasgow Warriors.

The high profile derbies with Leinster will take place on Saturday October 6 in Dublin, while the return leg will see Munster host champions Leinster on December 29 at Thomond Park.

Johann van Graan's side will be in South Africa in November as they face the return fixture against the Cheetahs, while their first competitive game at the new look (plastic pitch) Musgrave Park will be on Friday September 14 at 7.35pm.

Munster's senior players are on a week off this week, while they continue their preseason preparations for their opening friendlies against London Irish (August 17) and Exeter Chiefs (August 24) in Cork. 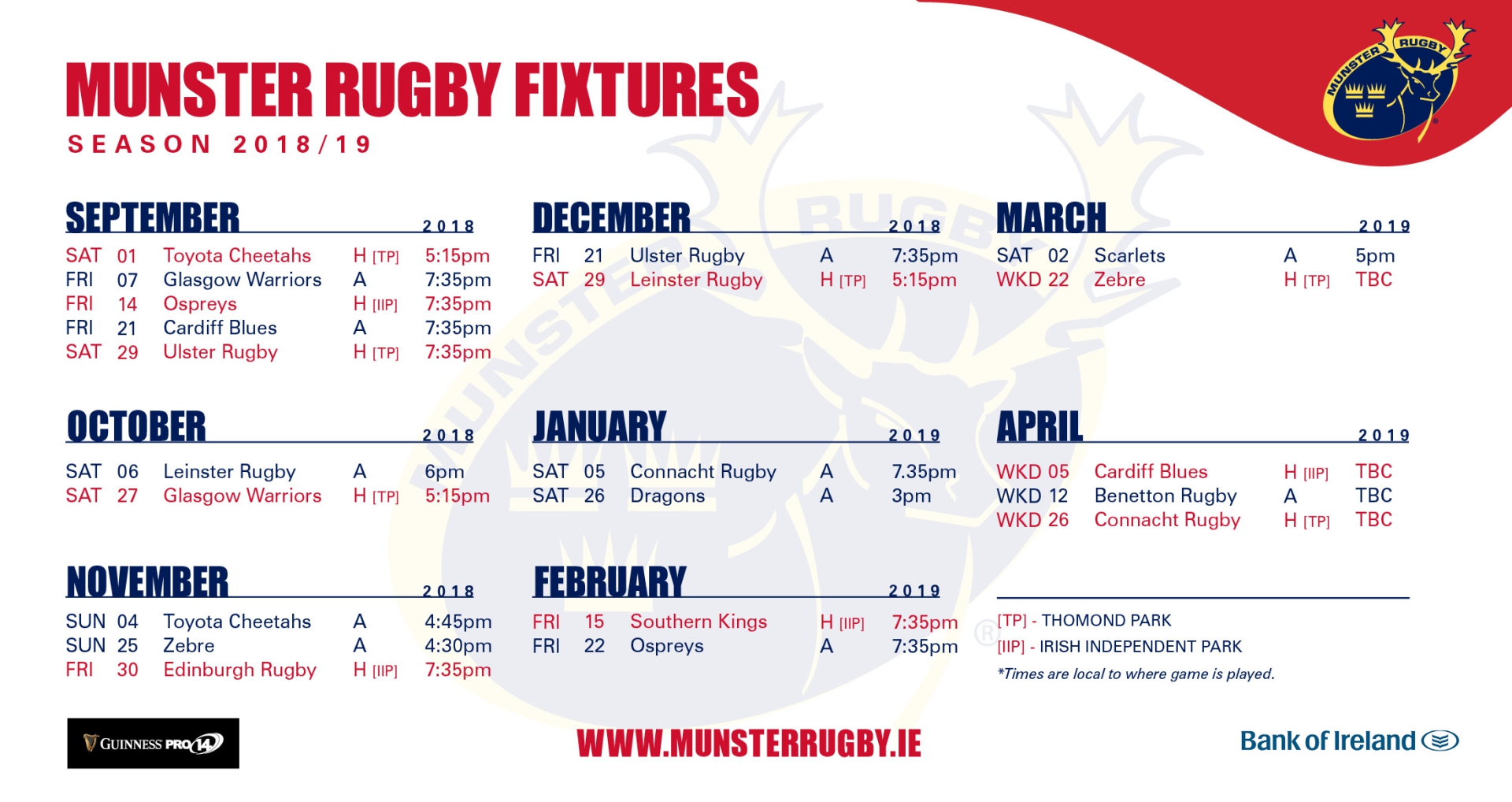