Opinion: Trust and honesty must work both ways for Limerick hurlers 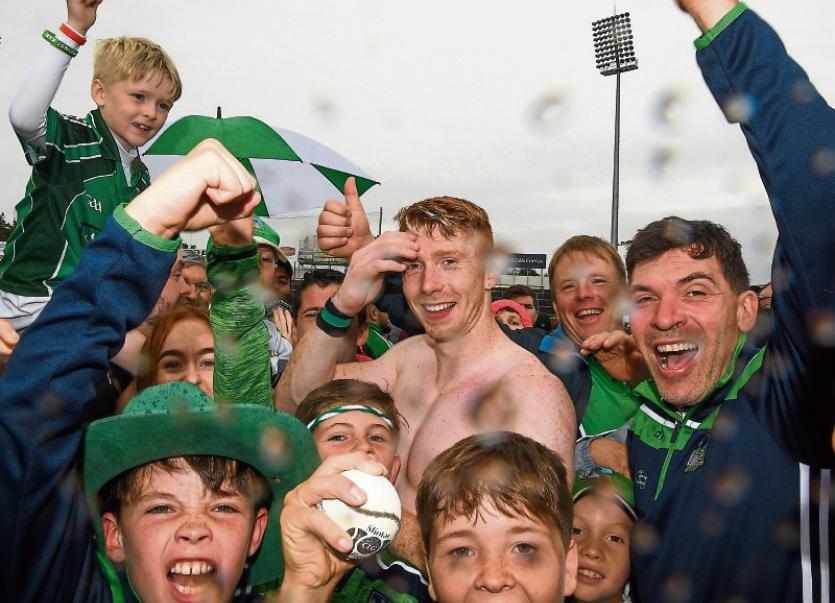 Celebration time in Thurles for Cian Lynch and supporters

WHAT a performance from Limerick in Thurles last Sunday.

I say performance because in the week ahead of the All Ireland SHC quarter final Limerick manager John Kiely had stressed the need for his side to produce a performance.

Winning is a result of performance of course but there is also a bit of luck and other factors over the course of 70-minutes but the foundation must be performance.

And, credit Kiely and his backroom team they had Limerick primed and the players responded.

”Trust and honesty” are the attributes replied John Kiely to questions of Limerick’s continuing rise up the hurling ladder.

Trust built on preparation, and management and players alike were prepared mentally and physically to allow their hurling blossom. The players trusted what management told them to do, and management had trust that the players could carry out the plan.

Honesty of effort was remarkable. The miles of running that each player produced out on Semple Stadium, and during a continuous heavy mist, was top notch. Where did Tom Morrissey find the physical energy in injury time to race along the sideline and pull clear of his Kilkenny opponent to score the clincher.

It came from months and more like years of training and coaching.

Many may just have shown up in Thurles last Sunday or switched on their television but each of the 36-man Limerick panel have dedicated their lives to this quest and mostly since the age of 14.

So the final whistle comes and the anyone even with a great grandfather from Limerick rose to acclaim and even claim the hurlers.

It’s the world we live in.

Across every social media platform known to man, Limerick hurling was the hot topic.

This brings me back to ‘trust and honesty’ again…..

It’s only a short few weeks that many of the same social media platforms and the very same people labelled these very same hurlers ‘spineless and gutless’ after they lost to Clare.

The Kilkenny game was the 16th game of the season for Limerick and they have lost twice – including that game with Clare.

I’ve seen all 16 games - ‘spineless and gutless’ certainly are not the words that come to mind.

Indeed  ‘spineless and gutless’ are pretty much the very opposite of “trust and honesty”.

So how about ensuring “trust and honesty” from all ‘supporters’ over the coming weeks.

For starters, everyone that took to social media to acclaim and claim last Sunday, can make their way to Croke Park on Sunday July 29. Outside of Dublin, Limerick’s semi final opponents Cork have the biggest support so lets get as many tickets as possible in green and white.

The one good thing about stand alone All Ireland hurling semi finals is that ticket availability won’t be an issue due to the 82,000 capacity.

While Limerick were in the last four in 2014, it’s probably 2013 since hurling captured the imagination as much on Shannonside. That ended with a bitter semi final loss to Clare.

Within hours of the final whistle last Sunday, I received a very well written letter. The writer was urging caution.

“In the past your paper has had a tendency to get carried away when Limerick get to the latter stages of the hurling championship. Your coverage throughout the year is always measured and excellent but for some reason you feel the need to "up the ante" when our county gets on touching distance of the holy grail.”

No1, I have passed the email to those that matter and No2 these are decisions well above my pay grade.

No3, it’s a broad debate but one I have never agreed with. A good local newspaper is often merely a mirror of its readership.

And, here’s a strange one – media get in trouble for printing interviews with players ahead of games. In my case, I don’t think I have ever interviewed a single player within six days of a big game.

Yet, those giving out see nothing wrong with taking to social media on the very morning of games and the days before to tag players and set their phones alight!

So how about we all agree to the principles of ‘trust and honesty’ and more importantly enjoy a fine team.