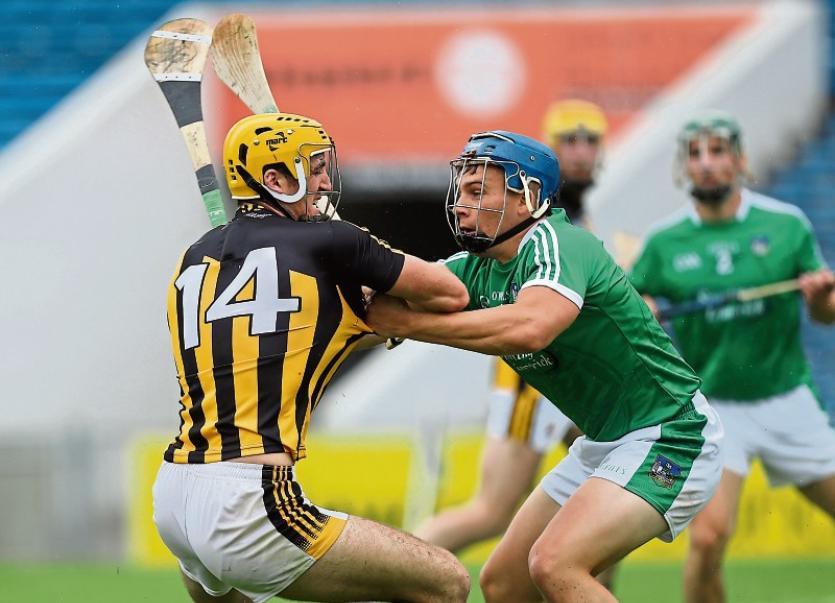 MIKE Casey was well aware that history had been made as he journeyed to the winning Limerick dressing room in Thurles.

The Na Piarsaigh man, however, personifies the maturity in this young side.

While they had beaten Kilkenny for the first time in any of the players’ lifetimes, they also know that prizes aren’t handed out for quarter final wins.

“Seventy-three was the last time we did it so hopefully it’s a good omen,” said Mike Casey.

“First time (to beat Kilkenny) in 45 years and it means so much to this crowd inside (the dressing room) and, as we said all year, we’re an ambitious bunch of people and that we feel there is something special going on in our camp and regardless of whatever anyone else thinks we put the head down and we kept working.”

Limerick have been missing from the business end of the championship over the last few seasons so a trip to GAA Headquarters marks an improvement on recent years.

“At the start of the year they’re your goals you want to play in Croke Park and you want to be there at the end of July.”

The jubilation after the game came after Limerick were minutes from disaster. Richie Hogan’s 65th minute goal was the ultimate test of character – but John Kiely’s side were up for the challenge.

“After the goal, we rattled the next three scores so it is a testament to the character that is there. We have players who that want to stand up and get that next ball,” said the Limerick full back.

While Casey has won numerous honours with Na Piarsaigh, and this Limerick side is full of players with who have won big games at minor and U-21, this senior win was the next step in the side’s development.

Casey has already played in an All Ireland club SHC final this season - marking none other than Con O'Callaghan.

He added: “But that doesn’t faze us, if that fazes you, you won’t win anything”.

Limerick’s reward for ending the Kilkenny wait is a July 29 semi final meeting with Cork in Croke Park.

“You go now against a Cork side that have done back to back Munster Championships. You can’t fear them, you can’t fear anyone else in the Championship or else you are not going to beat them,” said the Na Piarsaigh man.

“We had a serious game below in Pairc Ui Chaoimh, we’re going to expect an unbelievable game, unbelievable physicality (and) speed."