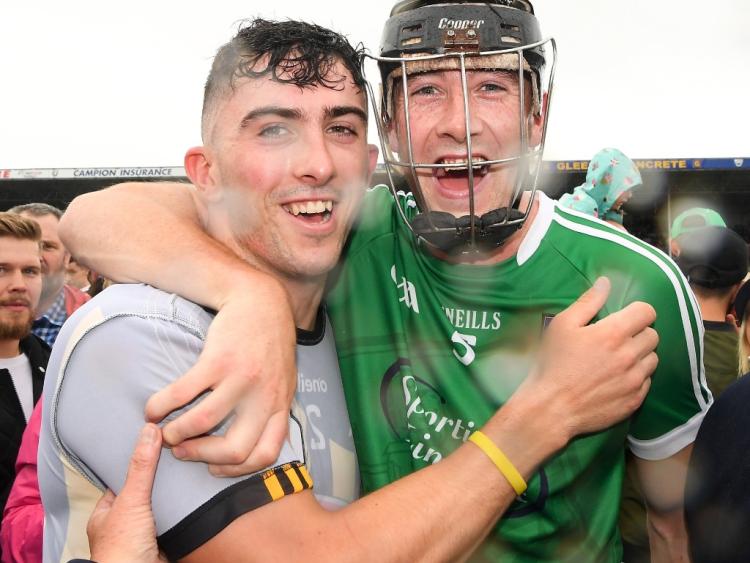 “HISTORY has no bearing on this group of players,” rejoiced John Kiely as Limerick swept into an All-Ireland hurling semi final.

”They will never be defined by history and they are going to set their own tone and their own direction,” insisted the Limerick manager after his side defeated Kilkenny in the championship for the first time since 1973.

The wait of 45 years had seen The Cats beat Limerick on six occasions but yesterday turned the tables.

Six games into the 2018 championship and Limerick are now Croke Park bound for an All Ireland semi final with Cork on Sunday July 29 - a 3.30 start, televised live on RTE and Sky Sports.

”Can’t wait to get up there and I mean that. There will be a narrative out there based on history but do them boys worry about history - absolutely not,” stressed Kiely.

“I think myself it’s a 50-50 game - Cork are definitely the team with massive momentum and this season they have rampaged Munster but we do know that we haven’t been beaten by them,” he outlined.

While many will see the Kilkenny win as a landmark victory, Kiely insists it’s just another step on the ladder.

“There have been loads of moments that one could describe as key moments but the most overriding factor is that these guys keep demonstrating furious qualities like honesty, leadership and calmness on the ball to work.”

He added: “There have been lots of moments but they are not defining for the team - the team is defined by its only attributes”

“It’s a moment to savour but there was no medal given out at the end of it. There was no title given out. It is another step in our evolution as a team - am I surprised we took it? No! I was fully confident we would win this match today, I was fully confident that we were going to have a really good performance today and I was confident that those players have what it takes to keep their composure in matches where it comes down to the wire.”

The Limerick minor hurlers could join the seniors in an All Ireland semi final. They play Kilkenny next weekend - perhaps on Saturday (3.00) in Thurles - in their quarter final. Victory books a Croke Park date with Dublin.