On The Ball: The art of hurling’s handpass is dead - Colm Kinsella 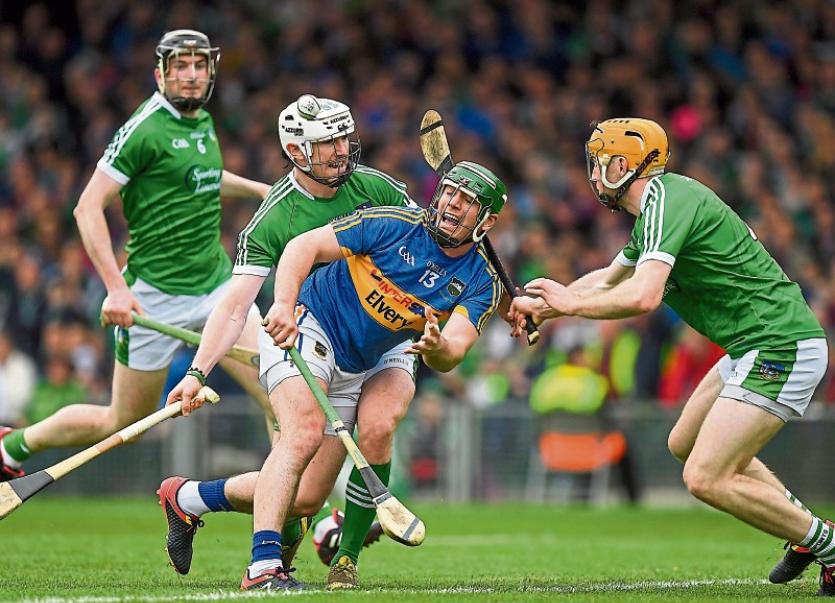 Is it a handpass or a throw? Who knows anymore. . .

LAST weekend, I was attending an under-age hurling game where my 10-year-old son was playing.

Mid-way through the second half, he gathered possession close to the sideline, was quickly closed down by two opposition players and looked to off-load the sliotar to a nearby team mate.

Suddenly, the match referee put the whistle to his lips and awarded a free against him.

Normally, I would have swallowed hard, said something unrepeatable about the match official to myself and glared, but not this time!

My son was penalised for throwing the sliotar rather than handpassing it.

I couldn’t help but chuckle to myself. To my thinking, it was a perfectly correct call by the referee.

But for umpteen Sundays through the Allianz League and Munster championship campaigns, I have watched top inter-county seniors players throw the sliotar rather than handpass it correctly. And they get away with it again and again!

Why do under-age coaches bother teaching the skill of handpassing the sliotar correctly – and it is a skill – when illegal handpasses are not being picked up on by top level referees?

It’s remains a real bugbear of mine.