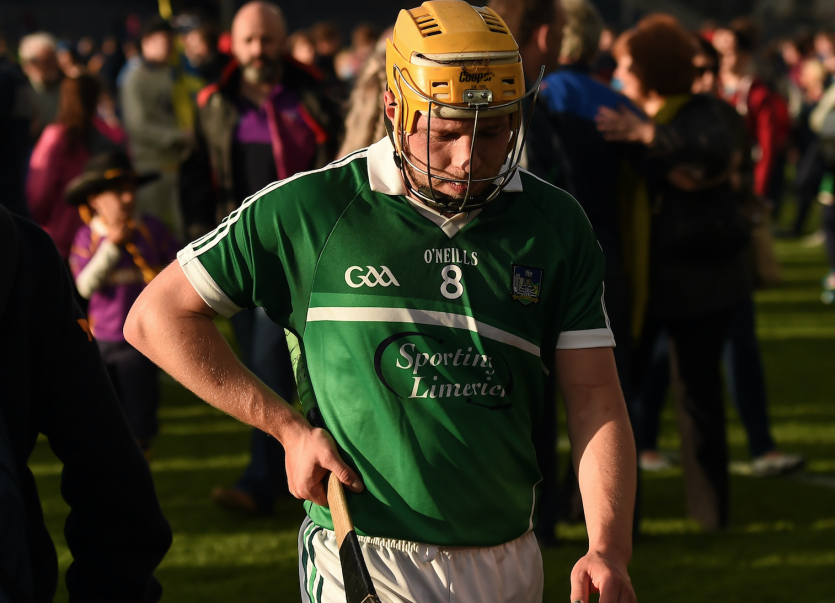 Limerick's Paul Browne, who will miss the rest of the 2018 season

Limerick midfielder Paul Browne will miss the rest of the 2018 season following a scan for a knee injury confirmed he has torn his cruciate ligament.

As revealed by the Limerick Leader's Jerome O'Connell this week, the Bruff club man suffered an injury last weekend and was expected to be out for six to eight weeks. However, Limerick GAA have today confirmed that Browne will not see action again until some time in 2019.

Browne, who has been used as an effective substitute in the championship this season, will be missed by John Kiely, such was his impact when he came on to the field as players tired and the Bruff man's speed and work ethic excelled.

Limerick are back in action on July 7/8, when they will face an away trip to the winners of the Joe McDonagh cup, Westmeath or Carlow, who meet on July 1.

In a statement, Limerick GAA confirmed:

Following a scan and referral to Santry Sports Injury Clinic this week we can confirm that Paul has suffered a Cruciate Ligament injury which will require surgery in the coming weeks.

The Management Team, backroom team and entire panel of players wish Paul the very best in his recovery and ensure him of our fullest support in the months ahead. We look forward to seeing him back on the pitch in 2019.