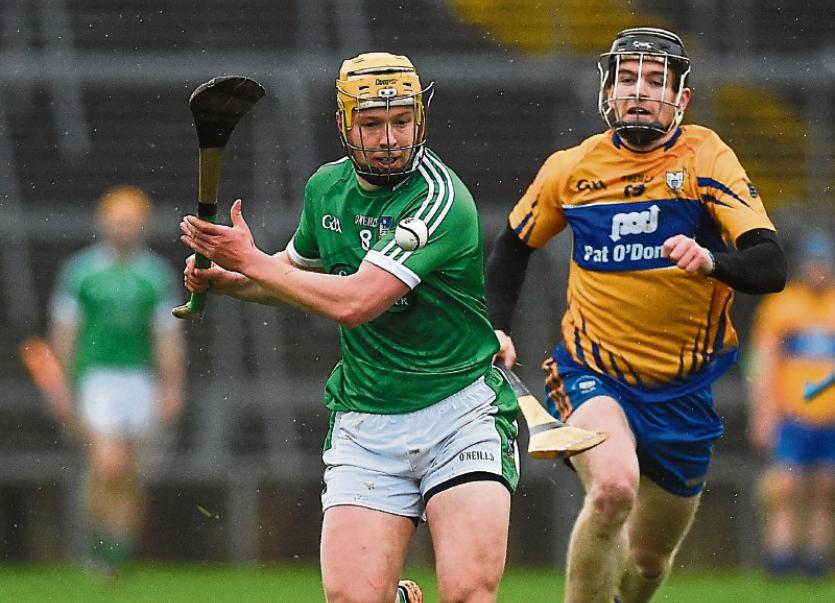 PAUL Browne is set for a spell on the sidelines with a knee injury.

The Bruff midfielder, who is Limerick's vice-captain this season, could be out of action for six to eight weeks after suffering an ACL injury last weekend.

Browne is in his 10th successive season in the green and white and while he didn’t start any of the four group games in the Munster SHC, he was introduced in all bar the Clare defeat.

Best case scenario for Browne would be a reappearance by July 28/29 were Limerick to be involved in the All Ireland SHC semi finals.

As John Kiely’s Limerick regroup after the Munster SHC, they are two wins away from the semi final stage.

Limerick’s path to Croke Park will become clearer this Sunday with two games of interest in Croke Park – the Joe McDonagh Cup final and the Leinster SHC final.

Limerick await the winner of the McDonagh Cup final between Westmeath or Carlow in a preliminary All Ireland quarter final. And, Limerick will have to go to Mullingar or Carlow for the July 7/8 tie.

The winner of this game would reach an All Ireland SHC quarter final against the beaten Leinster SHC finalist; Galway or Kilkenny, on Sunday July 15.

Aside from the popular Bruff clubman, the injury list is clearing with Sean Finn (hamstring), Richie English (cramp) and Darragh O’Donovan (cramp) all expected to be fit for the next outing.