'Limerick U-21s were miles off the pace' - Martin Kiely 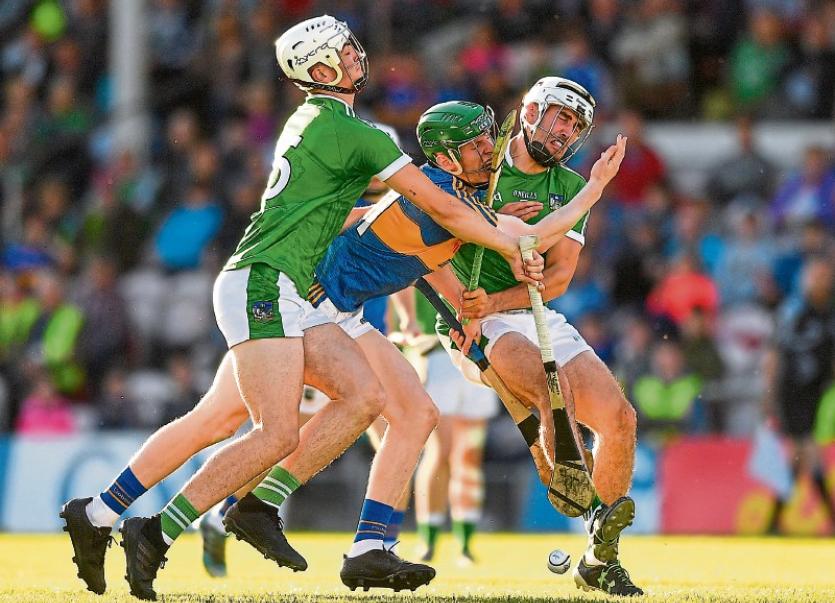 Limerick’s aspirations of winning back to back U-21 Munster and All Ireland titles were quickly extinguished last week.

This was a tame performance by Limerick, in fact seldom have I seen a Limerick team as less motivated as this one.

There was little or no energy on the field and less from the management on the sideline. Sure a couple of players might have been a little tired, but that in no way explains the poor quality of performance. Tipperary showed a great hunger from start to finish and sadly Limerick were miles off the pace.

The placement of the team left a lot to be desired. I have said before that Paddy O’Loughlin would have been much better in defence and Barry Murphy would have offered a far greater threat in the full forward line.

From a hurling point of view many of the Limerick players fumbled and spilled the ball while Tipperary were sharper, direct and cohesive.

The Limerick defence were all over the place and only Kyle Hayes held his own. In fairness to Hayes he worked very hard but all too often he was fighting the battle on his own. The excuse that Limerick were tired doesn’t wash and that was the same excuse offered in 2016.

Are we really to except that this group of players were tired? Only two players that start with the senior team started. The reality is that this team under achieved and offering lame excuses is not good enough.

Limerick had a player base good enough to compete with Tipperary but at no stage did they reach anywhere near the potential they have. They were left standing by as the Tipperary team showed a greater willingness to win breaking ball. Tipperary went looking for it whereas Limerick stood off. What was more disappointing was when many of the players did get the ball they were happy to hit it up in the air without purpose or vision.

Tipperary were coasting by half time as they led 0-13 to 0-5. Eleven of their thirteen scores came from play. With twenty minutes gone in the first half Limerick scored only three points. We saw much greater fluidity from Tipperary and they moved the ball with great pace. They had the Limerick defence in real trouble. Jake Morris took Josh Adams away from the square and his darting runs allowed space and opportunities.

It was disappointing to see a lack of urgency from Limerick. They never reached the levels we would have expected from them. It’s natural that the odd player will have a bad day but this was much more. Limerick showed no appetite for work, they also lacked the passion we associate with Limerick teams. Why was that?

It didn’t get any better for Limerick in the second half, in fact it got worse. Tipperary drove on and when David Gleeson goaled they really left Limerick in the shade. By the third quarter they led 1-19 to 0-9. They were playing at a level that Limerick were never going to match. They had convection in their play and sadly Limerick had none.

Limerick had seven players from the senior panel on this U-21 team. That is a serious foundation. As mentioned earlier only two of them are regular starters so in that regard the rest should have been chomping at the bit to show form in this contest.

We didn’t see any great sign of their hunger, they never got into the game and on most occasions they were out hurled. Limerick supporters rightly had expectations from this team and it was very disappointing to see them under achieve. They should have set the tone, they had the greater experience and it could be said that the management didn’t get the best from them. Limerick didn’t seem to have any plan and that was evident in the way the hurled.

A key ingredient to building a winning team is togetherness and this was not evident in this Limerick U-21 team. It’s up to management to build that and on this occasion they failed. Many of the players seemed disinterested .

In Limerick we are pretty good at coming up with excuses. Limerick lost an opportunity to progress and they lost an opportunity to gain further experience. That win will mean a lot to Tipperary and you can expect to see a fair number of those players on Michael Ryan’s team come the National League. This loss was a major talking point amongst GAA supporters in Limerick and a win would have gone a fair bit towards lifting the gloom after Ennis.

The only hope Limerick have of winning a Munster title this year falls to the minor hurlers next Sunday. They face a good Tipperary team managed by former Tipperary hurler Tommy Dunne. This minor team have been impressive but they will need to produce their best performance to overcome Tipperary on Sunday.

They are well capable of winning. They have shown themselves to have a good work rate and honesty but they also have some fine young hurlers.

Tipperary have improved and I feel this game will be very close. Limerick need to be reaching finals because win or loose the learning for the future will stand greatly to the players.

The more finals you get to the better for the long term good of Limerick hurling. They have also progressed to the All Ireland series and that again will stand to them. The last few years has been good and at some stage the supply line will stand to Limerick at senior level. Tipperary's Tommy Dunne is a good coach and he will know that the Limerick forward line has huge potential. This area will decide the game and if Limerick get an edge here then I feel they have the capacity to win with a few to spare.

Kilteely/Dromkeen as a parish and club have been devastated this week with the sad news of the untimely death of Robert O’Dea. He gave sterling service to his parish but particularly his club where he served them in every position. He gave his life to making the club better. He was extremely proud of this club and never stopped working. Its wasn’t always easy but Robert always believed in the possible. His sudden death has shocked the entire community and beyond. Robert O’Dea operated by the principles of the founding fathers of the GAA and next week I will pay due respect to his contribution to both Kilteely Dromkeen and Limerick GAA.