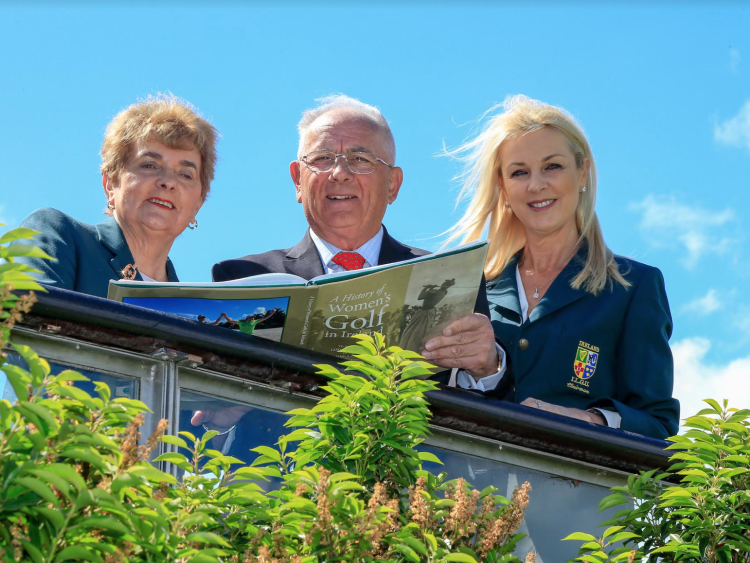 The Irish Ladies Golf Union (ILGU) which currently has over 35,000 members in 368 golf clubs.  Earlier this month, the R&A announced the first Women’s Golf Charter as part of the organisation’s drive to increase the number of women and girls participating in golf.

Contrastingly, the opening paragraph of 'A History of Women’s Golf in Ireland' by the Limerick Leader's Ivan Morris, depicts a time when golf was a game played very exclusively by gentlemen. Throughout the years since Mrs Wright was the first recorded female to strike a golf ball in public in Ireland, there have been many people who have contributed to the ILGU. However it was two Ulster women who advanced discussions to create the beginnings of the governing body which exists today:

Ultimately, at a meeting of the Girl’s Friendly Society (GFS) Lodge, Belfast on Friday 15th December 1893, the ILGU was formed. While so much has changed since then, the values of the ILGU remain much the same – to support the playing, performance and development of female golfers in Ireland.

From the beginning, the Union has always highly depended on its volunteers, of which there have been so many. Vonnie Noonan, President of the ILGU and the ILGU Board are eager to acknowledge their work;

“We have dedicated this publication to the many volunteers who have worked tirelessly on behalf of the ILGU and women’s golf in Ireland from the earliest times to the present day. Our volunteers have contributed enormously to the welfare and success of both the game and the Union.”

Sinead Heraty, Chief Executive of the ILGU said; “This publication is not only a chronicle of women golfers who dominated the game for the last 125 years, it is also beautifully written and showcases our golfing history at its best including the countless volunteers who made it possible”.

Ivan Morris, Author, said; "In my opinion, women have been treated very badly in golf clubs for too long. I'm sorry to say it's my age group that are the worst offenders. As I see it, women have more respect for the rules, which is reflected in the number of qualified female referees there are. The majority of women are social golfers that bring life into a club. They are better organised and smarter about running club matters too. Best of all, when they say they will do something, they always do."

"Because this book is about the achievements of generations of great, women golfers, I had to trawl through a mountain of club histories and newspaper archives. I was regularly thrilled to read about their exploits and I hope the readers will be too. It has been an absolute pleasure to be associated with all of the great women of the ILGU, past and present. Meeting so many of them on my journeys of research is one of the highlights of my golf-saturated life.”

While A History of Women’s Golf in Ireland will retail for €29.99 those who move quickly can avail of a limited offer of 5 copies for €125 (ends August 1st) by emailing sean@libertiespress.com