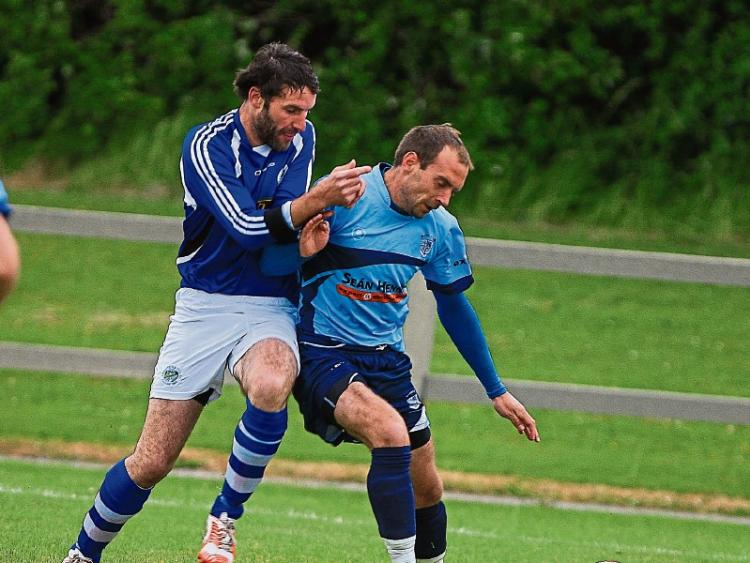 It will be the best of three when Abbeyfeale United and Rathkeale meet in the Premier Division League Cup Final in Clounreask on Friday evening at 7.30.

Rathkeale beat Abbeyfeale 2-1 in the Desmond Cup Final on the June Bank Holiday weekend but Abbeyfeale were clear 3-0 winners when the sides met in the Premier Division title play-off last Friday.

Both deciders offer clues as to the likely winner on Friday. Rathkeale deserved to win the Desmond Cup Final and a one-goal winning margin was exactly right. Abbeyfeale were definitely two and possibly three goals better than Rathkeale in the play-off and so it is fitting that their third goal came in injury-time.

That brings us on to next area to examine: potential for improvement. Abbeyfeale were below par in the Desmond Cup Final but were still close enough to Rathkeale to feel that improvement from the team as a whole could lead to victory in the play-off and that’s what happened. Last Friday, it was Rathkeale who under-performed but the gulf between the sides was greater and it remains to be seen if they can bridge that gap in seven days.

The final area to look at is personnel and this would again appear to favour Abbeyfeale. TJ Lane, who left for Australia just hours after the play-off victory, will be a loss but, on the plus side, skipper Chris Smith and potential game-changer, Joe Kelliher, are both expected to be fully recovered from injury, while Barry Sheehy, who was cup-tied for the Desmond Cup Final but played a key role in the play-off victory, will also be available. Rathkeale hope to have Mikey Lyons back from injury but they will be without the suspended Gary Enright, while the three B players who were on the bench for the play-off will not be available to them either.

Taking everything into account, I believe that it is Abbeyfeale who will claim the double and finish the long season on a high.

The Weekly Award this week goes to Abbeyfeale United manager, John Kelliher, for winning his seventh trophy in his four seasons as manger when he led his team to the League title by beating Rathkeale in a play-off last Friday. Kelliher will go into a draw with the other Weekly winners for a €100 voucher from Adrenalin Sport of Abbeyfeale and Newcastle West at the end of the season.