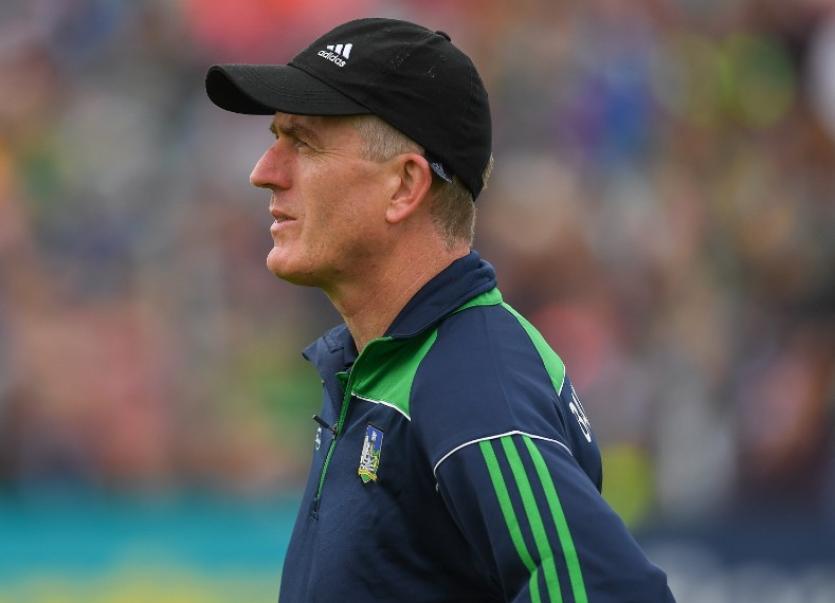 JOHN Kiely has vowed that his Limerick senior hurlers will come back stronger from Sunday's 11-point derby defeat to Clare.

The hugely disappointing 0-26 to 0-15 defeat in Ennis means no Munster final.

Instead Limerick await the winner of next the July 1 Joe McDonagh Cup final between Westmeath or Carlow in an preliminary All Ireland quarter final.

And, Limerick will have to go to Mullingar or Carlow for the July 7/8 tie.

The winner of this game would reach an All Ireland SHC quarter final against the beaten Leinster SHC finalist; Galway or Kilkenny, on Sunday July 15.

So Limerick are two wins away from a July 28/29 Croke Park semi final against one of the provincial champions, with no preordained pairings.

“It’s a reset button for us - we have to go away and reset and get ready for three weeks time and come back full of energy and go at it again,” said John Kiely in Cusack Park.

He added: “For us it’s onto the winners of the Joe McDonagh Cup and a prize at stake that is huge - a place in the quarter final and all eyes will now turn to that in three weeks time.”

“It’s a set back for us but I am sure it’s one that we can absorb and bounce back from,” promised the Limerick manager.

Limerick never led in Ennis and failed to score in the final quarter.

“Maybe that Clare dressing room needs a Munster title a little more than we need one right now because they have been hanging around for a long number of years and while they have an All Ireland, they haven’t won a Munster title so maybe that was an element - maybe they wanted it that little bit more,” said Kiely.

“We needed something or somebody to bring that bit of energy to it - a bit of a spark and try as they might we just couldn’t find that. I am sure the boys did everything that they could to find it - we did lay siege to their goal near the end but ultimately it was a step too far. We will regroup and get over this - we will tkae a week to take a bit of rest and then come back and drive on,” said the manager.

This was the 14th game of the season for Limerick.

“It’s an experience for the lads - this is our first defeat in 70-minutes this year and I think that in itself will be a massive learning for the lads. They don’t like that feeling and I am sure they will do everything they can the next day to ensure they don’t taste it again.”

So next stop, Westmeath or Carlow.

“We have come out of Munster and I think if you offered me that at the start of the year I would have taken your hand off. Ok, we didn’t make it through to a Munster final - is it the end of the world for us? No, it’s not,” stressed John Kiely.