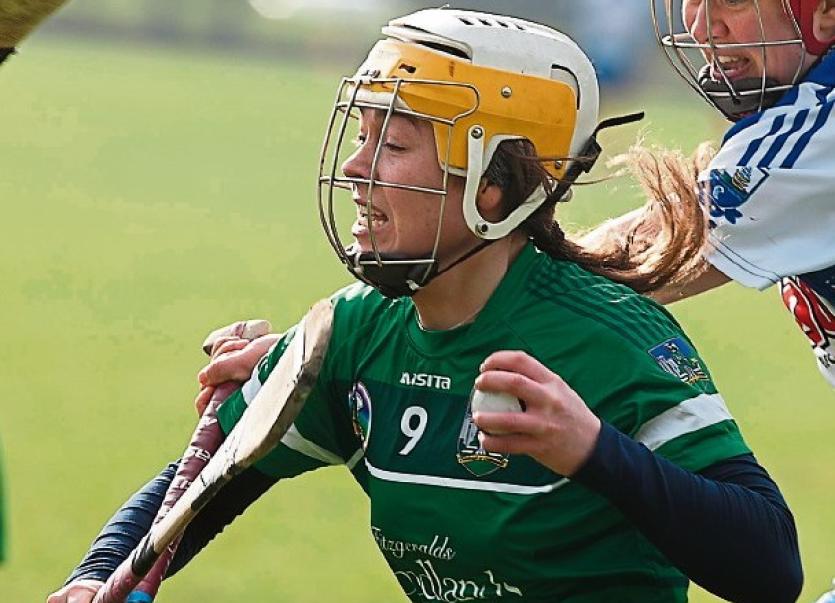 CLARE captain Orlaith Duggan has conceded that while the Bannerwomen went into their Liberty Insurance All-Ireland Senior Camogie Championship clash with Limerick feeling that they needed a win to keep their hopes of progressing from Group 1 alive, they would take the draw that ensures they are not out of contention.

It was a point of view echoed by Limerick’s Karen O’Leary after the 0-8 to 0-8 dogfight in Sixmilebridge on Saturday, which ensures that the battle for a place in the Quarter-Finals is likely to run until the very last day.

Niamh Mulcahy pointed two late frees to bring her tally to six and reel Clare in after Chloe Morey (who finished with five points) had propelled the hosts to a 0-7 to 0-4 interval lead in very difficult conditions.

“Looking at the end of it there, either of us could have lost it” said Duggan. “We both had a panic in the end, we missed a shot for a point and they missed one as well so I think we were both relieved to come out with something even though neither of us came here to draw.

“If either of us lost that game we were out of the Championship so we knew it was a big game so we’re happy to get something at the end of the day.

“There was a very strong breeze. We knew it would be a game of two halves. We tried to lock up the shop in the second half but Limerick really came out and before we knew it they were nearly back level with us. So we had to really dig in and both sides did and we’re just realised to get something.”

“It’s a tight group and every game counts. It might come down to score difference at the end of the day. In the back of our minds now we’re thinking it could come down to that, so whatever comes up we’ll have to try our hardest and get the scores on the board” the Clooney Quin midfielder concluded.

O’Leary was of a similar mindset.

“Everytime we play Clare they give us plenty of it” remarked the Newcastle West player. “We’re on the same level in terms of workrate and where we were. We’re both looking to qualify and both teams had to win but I suppose a draw was a fair result at the end. A draw is obviously better than a loss. All we can do is go back training, try harder and focus on Galway.”

Carrie Dolan scored 1-8 as Galway made it two wins from their opening two home games when recording a comfortable 4-12 to 0-8 win over a Waterford side that played three-quarters of the game with 14 players after defender Aoife Landers was red carded.

Aoife Donohue, Ailish O’Reilly and Orlaith McGrath all had goals inside the first 15 minutes as Galway established a 3-6 to 0-2 half-time lead. Dolan pounced for her goal early in the second half but Waterford battled and Beth Carton scored four points to bring her tally to five but it was comfortable for Cathal Murray’s outfit.