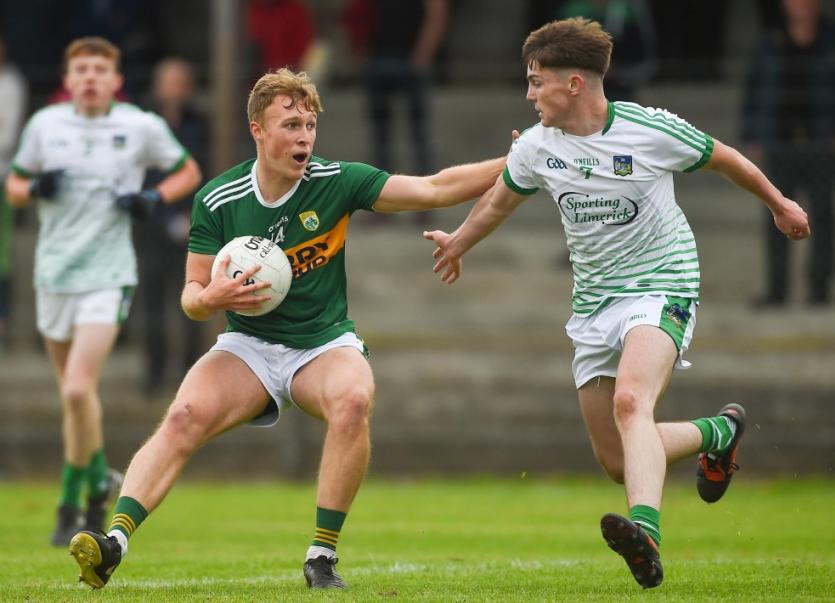 KERRY eased past Limerick this Friday evening in the first round of the new Munster U-20 Football Championship.

Powered by members of the last two All Ireland minor winning sides, the Jack O'Connor managed Kerry were never in trouble as they eased into a semi final with Waterford.

Kerry had 11 points scored before Limerick opened their account in front of an attendance of 1,231.

The first Limerick score came from Liam Kennedy in the 17th minute.

A free from captain Rob Childs followed but back up the field went Kerry to score another four unanswered points.

Lee Woulfe had the third and final Limerick score of the half in the 27th minute.

But Oran Collins and Diarmaid Kelly went close to Limerick goals but it was The Kingdom that raised the first half green flag when David Shaw found the net 90-seconds from half time.

In the second half the scoring wasn't as manic - indeed 10-minutes passed without any score in the opening quarter.

Entering the game's final quarter it was Kerry 1-22 Limerick 0-3.

Subs Bian Friel, Ciaran Kennedy and Patrick Warren got on the scoresheet in the final minutes as Kerry reached 10 different scorers, accounting for their 1-24 from play.