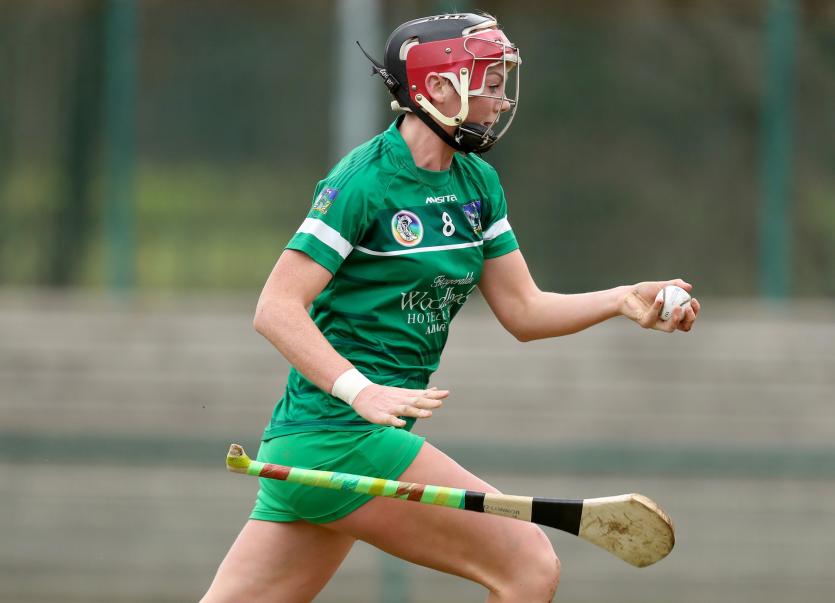 THIS IS not a bad week for Sarah Carey and her boyfriend Tom Condon when it comes to organising their lives around work, sport and their son Nicky.

The Liberty Insurance All-Ireland Camogie Championship has a well-established round-robin format to determine qualifiers to the knockout stages but it is a new concept for Hurling, meaning the games have been coming thick and fast in the Carey/Condon household.

Nicky is loving it, of course. He will be two in September and both his parents are dreaming of granting him an All-Ireland medal as a birthday present.

They have been reliant on family to provide babysitting services, with training on the same nights, but this week, they are alternating so one of them is at home.

Throw in the fact that Carey has recently finished college with a degree in social care, and she is relishing the rare pleasure of not chasing her tail. She is currently farming out CVs to prospective employers but enjoying spending more time with her son.

“He’s wild at the moment as you can imagine” she relates. “Non-stop. The minute one of us is out the door it’s ‘Mammy go match’, ‘Mammy go training’ and the same with Tom. He’s at all the matches and making friends on the sideline already.”

She was reared around big Limerick matches herself, her father Ciarán being one of the premier hurlers of his generation.

The Patrickswell player has a similar style in terms of how she reads the play and embarks on those long and winding solo runs. Wise heads nod knowingly. They’d recognise that stride anywhere, launching another attack from centre-back or midfield.

Ciarán was manager when Limerick won the All-Ireland Intermediate title in 2007 after a replay with Cork. Seven years later, Sarah was magnificent as they repeated the trick and this time, they have established themselves in the top tier.

They have threatened to achieve greater things, reaching the League Semi-Finals in the past three seasons and beating subsequent All-Ireland champions Cork in last year’s Munster Final. They defeated Kilkenny in the League earlier this year but in the opening round of the Championship last Saturday, fell to a 13-point loss to the Noresiders on Carey’s 26th birthday.

That doesn’t tell the full story though as Limerick went four points up in the first half, led by two and were still in contention with 40 minutes elapsed. So what happened?

“I think it was just the belief in our own ability. Our work rate was unbelievable in the first half. But I’d say our problem is not believing we can do it against these teams. We have done it every now and then but we’re lacking that consistency and I think that’s down our own belief and confidence.”

They certainly won’t want for example from their captain anyway. After all, this is a woman who came on in a county final, four weeks after giving birth. She is not one for reasons, not to mind excuses.

It is a double weekend of Shannonside derbies this weekend with the Camogie team playing Clare in Sixmilebridge on Saturday (5pm), before the hurlers take on the local rivals at Cusack Park on Sunday.

“It’s like an All-Ireland Final day for us and I’m sure it’s the same for Clare” she says of the Camogie clash. “It’s a must win game, both sides have to win to have a chance of progressing really. Limerick and Clare matches are always tight. They beat us by two points in the League so it’s going to be a tight old match.”

The hurlers have generated a real buzz with their performances this year.

“They’re flying it at the moment. Everything is going well for them, their set-up and their performances. We’d love a bit of that. They’re a great motivation for us, they’re where you’d want to be.”

Whether the games are discussed at home will depend on results. If there’s a loss?

“We don’t talk much about it afterwards. On Saturday he knew how disappointed I was, he knew not to ask questions. So we both understand in that sense. But if it was a win it’d be a different story; we can talk away about it.”

And that’s the aim this weekend.