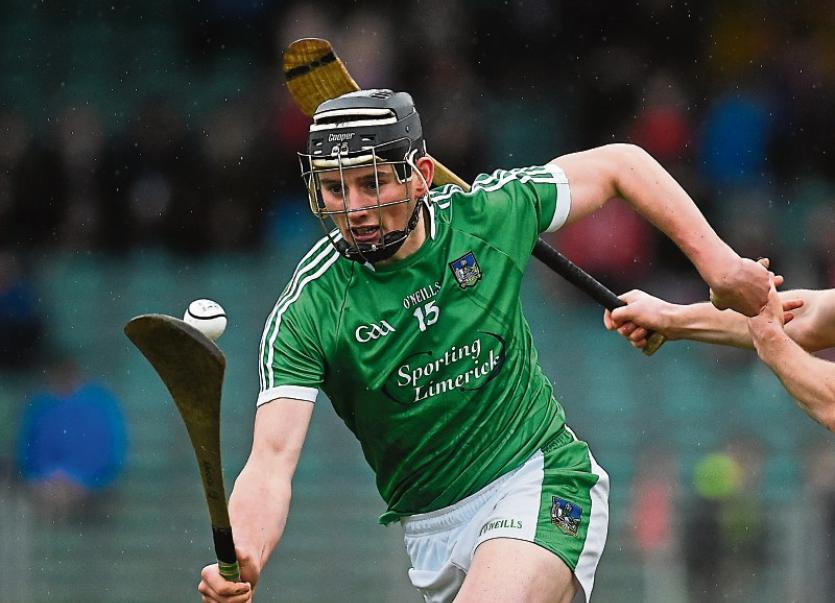 The Phil Bennis managed Limerick were favourites that day on the back of a 1992 Munster final appearance and league title success.

But Clare lay in wait and current Adare senior hurling manager Ger ‘Sparrow’ O’Loughlin inspired The Banner to a 3-16 to 3-12 win.

Ger Hegarty missed out that day due to injury.

Ger did win Munster titles at senior, U-21 and minor level though.

Twenty five years later, Limerick return to Ennis for provincial championship hurling and two of Hegarty’s sons will be in action – Gearoid with the seniors and Diarmuid with the minors.

Both brothers will be wing forward as their respective teams go in search of Munster final appearances.

“It’s not going to be easy down there - it’s going to be 19,000 packed to the rafters,” Gearoid told LeaderSport.

“That’s going to be a feisty affair – Limerick and Clare have a great rivalry there for a long time,” said the St Patricks clubman.

“We are not guaranteed anything yet so we have to go to Ennis and get something which is going to be a tough test,” stressed the UL student.

After wins over Tipperary and Waterford and drawing with Cork, Limerick are within touching distance of a July 1 final.

“With two wins and a draw we have to be happy so far. We have to go to Ennis and get something after they beat Tipp,” said Hegarty, a former Limerick senior footballer.

He said that the unbeaten run was important to maintain.

“We haven’t been beaten yet – we showed great character down to Cork to get that draw which. We can only beat what is put in front of us every week - we haven’t thought about Clare until now. We are going into the last game in a good position but we need to win to get to a Munster final - simple as that,” he stressed.

Hegarty and his half forwards colleagues have set the tone for work rate and the towering attackers insists it must continue.

“The system that we are playing is hard work but hard work pays dividend and has so far because we haven’t been beaten yet. I am I not doing it I will be taken off and somebody else will be in my position - it’s the system we are playing that you go out and work hard. We need to keep doing it in Ennis,” he emphasised.

“It’s a great team to be playing in - there is massive camaraderie between the lads and it’s working and hopefully it keeps going,” added Hegarty.

He was among the goals in the win over Waterford.

“I probably should have got another in the second half. I got on the end of a ball when Seamus Flanagan gave me a great pass and I just went in and hit it low and hard to the net. Some days you get them and some days you don’t but I was delighted to get it because it was my first championship goal - hopefully I can get another one in Ennis next week,” said Hegarty.

What of his brother and the Limerick minors?

“They have to go to Ennis and get something as well - it’s a great time for Limerick hurling with the minors, U-21s and seniors all going well - long may it last,” said Gearoid.