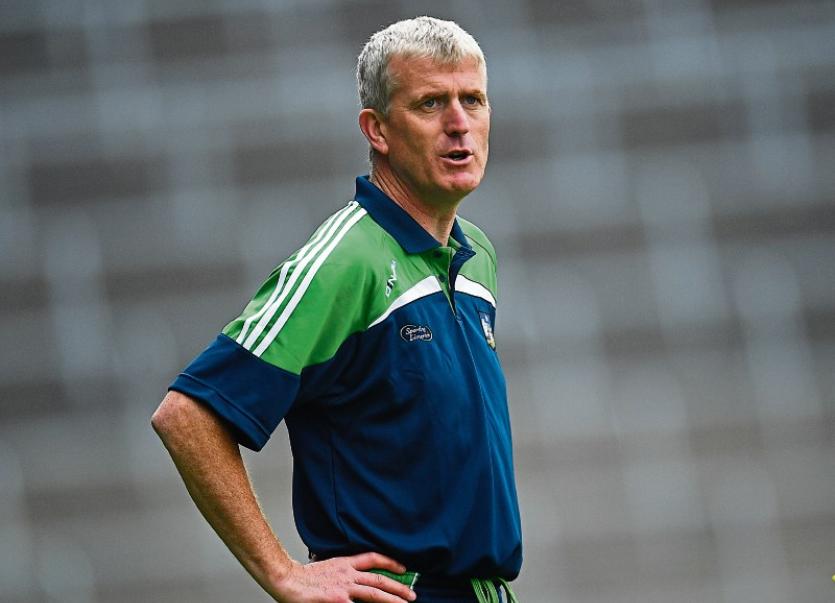 ONLY the best performance of the year will see Limerick though to the Munster SHC final warns John Kiely.

“We need to dig out a really big performance,” the Limerick manager said at Tuesday’s media briefing.

“We were just delighted to be in a position where we have qualified from the group before the last game and we now have an effective Munster semi final against Clare and there is a big prize there and we want to continue the level of performance we have being putting in and try improve where possible,” said the Galbally man.

“We have improved from game to game so yes we are looking for another incremental improvement on Sunday but we will need to play even better than that going forward. Clare had a fantastic win over Tipperary so I think it’s fair to say it is going to take a significant performance to beat them down there,” he stressed.

Limerick and Clare have only met three times over the last four decades in the Munster SHC in Ennis – Limerick winning in 1990 but losing last time out in 1993.

“You are going to have a full house and there is a lot at stake and both sets of supporters are going to bring a massive atmosphere and I think we relished a similar atmosphere in Cork and it didn’t hinder our performance and if anything inspired us to go on to really dig deep to pull out a massive performance and I don’t see any reason why we can’t go to Ennis and feed off that atmosphere and the occasion and dig out a really big performance,” said Kiely, who managed Limerick to win the 2015 Munster U-21 title against Clare in Ennis.

“I think there is no doubt about it that home advantage is a plus - that is guaranteed. 70% of matches are won at home but not all so there are opportunities for teams to get a win on the road and we have shown that we travel well - we showed it in Cork with a good performance, above in Galway, above in Tullamore, over in Thurles so we have put in really strong performances away from home this year,” outlined Kiely.

Sunday will be the fourth successive year and the sixth time in seven years the counties have met in the championship – Clare winning the last two meetings.

“We played Clare 2016 and 2017, we have played them in the Munster League and the quarter final of the National League so we have had a lot of encounters in recent times and its fair to say at championship level they have had the upperhand in recent years so going down to play them in Ennis presents a formidable challenge and it’s going to take a significant performance from us to put ourselves in a position to contest that game in the last 10-15 minutes.”

He added: “I have a funny feeling this game is going to come down to small margins - a break of a ball here or there, shooting accuracy. I think both teams will bring buckets of energy to the occasion and i am not expecting very much to be between the two sides when it comes to the last couple of minutes and it’s then about who ever seizes the initiative to get across the line”.