Shane Dowling stresses that Limerick hurlers must "drive on" 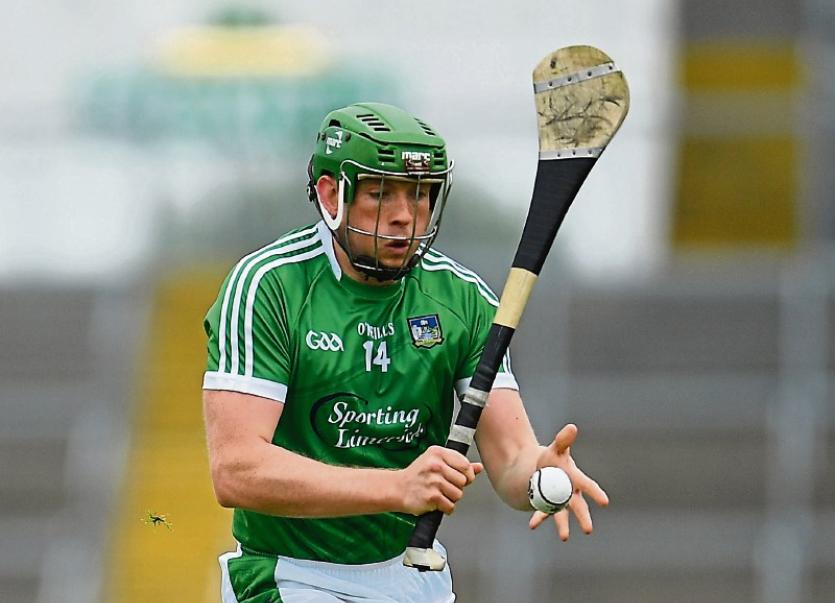 Shane Dowling pictured in the Munster SHC win over Waterford

“ONE thing is for sure this team loves a challenge,” said Shane Dowling with a steely look.

The Na Piarsaigh man had just scored 15-points in his first Limerick senior hurling appearance in 344 days but was keen to stress no one was resting on their laurels.

“We are going out against Clare next week and we have a unbeaten record and we will want to keep it that way for as long as we can. One thing is for sure we won’t be getting carried away. Limerick won’t be going out to play for a draw that is for sure. Playing Clare in their own backyard, it may sound like a cliche, but it’s like Limerick in their own backyard or Cork down in the Pairc, it’s not going to be easy,” said Dowling.

The Na Piarsaigh attacker came into the team at full forward in place of the suspended Aaron Gillane.

2014 All Star Dowling hadn't started for Limerick since last Summer's All Ireland SHC Qualifier loss to Kilkenny – Sunday’s Waterford win was Limerick's 13th game of the season - Dowling missed the Munster and Allianz Hurling League campaigns due to Na Piarsaigh's run to the All Ireland club SHC final and then was overlooked for the opening two games of the Munster SHC.

Dowling returned with a bang.

“With Na Piarsaigh we were away for a couple of months and the boys had the jersey and it was there for everybody to see that they had done a fantastic job and there would have been something wrong if I had come straight back in and into the team,” he said after his scoring exploits against Waterford.

“​It was great to get an opportunity - they are hard to come by because there is a strong panel of players. When you get in you have to try and do your best,” he said.

Limerick raced from the starting blocks and were 2-14 to 0-7 up on Waterford by half time.

“Coming off at half time after the performance we put in for that first half, you could see what hurling means to Limerick people - you can get shivers down your spine when you hear the roar and see the crowd. It makes it so much easier for us,” he said of the big Limerick support.

There will be no resting on laurels however, stressed Dowling.

“We have a good team and we have built a good base and we are obviously going to try and drive on from here. It’s great to be in your own ground with a big crowd and to put on a performance but we have done that before and we haven’t pushed on,” he stressed.