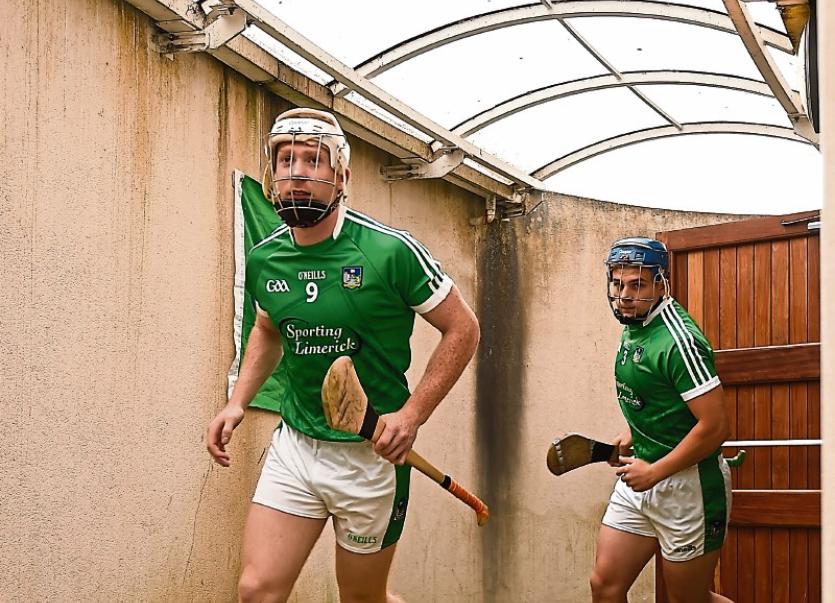 The song ‘Highway to hell’ blazed out from the Limerick dressing room post match, it could easily have been one foot in heaven after they accounted for a very poor Waterford at the Gaelic Grounds last Sunday.

This was a dominant display by Limerick. They owned the game from start to finish. At no point could you say that Waterford looked like raising a gallop. They were never allowed to get a foot hold. The entire Limerick team gave a confident display and week by week they are continuing to show signs of progress and development.

We expected a lot more from Waterford. They struggled to get into the game and in reality the game was over by the first quarter. Two goals in a three minute spell finished the game as a real contest.

The first by Gearoid Hegarty was superb, it showed another dimension to his game. The second by Graeme Mulcahy was opportunist, Seamus Flanagan hit a very direct ball with plenty power, it spilled off Stephen O’Keeffe’s hurley and Mulcahy finished it over the line. Waterford had 0-2 in the opening two minutes but they could only manage 0-5 for the rest of the first half. It gives you an indication of how dominant Limerick were. The most positive aspects of Limericks play are the application and attitude of the players.

Throughout the field Limerick were impressive in every line. The full backline had little to do while Nickie Quaid could well have looked for a coat he saw so little action in the game. Any small sniff that Waterford offered was hoovered up by the Limerick half backline who played well as a unit. Diarmuid Brynes, the impressive Declan Hannon and Dan Morrissey were in control and never allowed Waterford make progress. It was at midfield where the outstanding Cian Lynch and the hard working Darragh O’Donovan took full control. Lynch was in sparking form. He showed his full array of skills as he darted up and down the field. His support play was excellent and his contribution in linking play was superb.

One of things you would always expect from Waterford is energy and work rate but we saw none of that in this game. They tried but they were unable to match the movement, balance and pace of Limerick. The movement of the Limerick forward line was a joy to watch. Each player able to rotate and still make a contribution. That tells you something of the quality that Limerick now have in attack. The same can be said of the subs coming in. One thing is clear, unless you have pace it will be hard to secure a place in this team. It took Paul Kinnerk a while to get his formula to work but it’s working now. The game is about movement, good first touch and space. We saw lots of that in this game.

They won’t always have the same sort of space but it’s clear the players are comfortable with the system. It requires them to work really hard but what we are seeing is a very united bunch happy going in the right direction.

Limerick were forced to make one change in their forward line. With Aaron Gillane out Shane Dowling came in. He took his opportunity well and finished with an impressive tally. He has had to wait to get his chance but his attitude and application was better than we have seen before. He took some good scores from play but also from frees. His work rate has also improved and from a management point of view the bench is looking very strong. Limerick always struggled to have a serious panel but this is the best I have seen in my time following Limerick teams. It takes a strong panel to win major titles and you could only be encouraged by what Limerick have to call on.

Picking the team is one thing but picking the match day subs is also a challenge. This must make for great training sessions and before a ball is hit lads know they have to deliver. That is the secret to success and hunger is a great sauce. I don’t remember Limerick having such a luxury in the past.

Over the past couple of years Austin Gleeson has set the tempo for Waterford but last Sunday he really had no answer to Kyle Hayes. The work rate of Hayes saw him pull Gleeson out of the centre and this allowed great space for others. Hayes is such a powerful young man, he is really fast and distributed the ball to good effect. As in previous games Tom Morrissey showed a great desire to work. He went deep and time after time was on hand to assist the backs. He also delivered good ball to the attack. It’s hard to defend against how Limerick are playing at the moment. The cross field ball gives a great advantage to a forward and Limericks attack are reaping the rewards from it. The one area of the pitch that Limerick don’t seem to have great cover is the half backline. The backs that have been on match day panels are more accustomed to the full back line and some of them will find it hard to make an impact.

Limerick travel to Ennis next Sunday knowing a draw or win will secure a place in the Munster final. They have booked a spot in the All Ireland quarter finals and that in itself is progress. Given the way the team have played so far you would think they are well capable of winning the game against Clare. That win over Tipperary will certainly lift the spirits in the banner camp and we can expect a huge battle. It says a lot about players that they can find it within themselves to peak at such short notice again. GAA players have been raised on a different diet but there is no denying that this current championship has given players, managers and supporters a huge boost. Limerick have had the advantage in many of the recent meetings against Clare but this game will have a greater edge to it. This is a game that can turn a good season into a great season. It will be close but I think Limerick are on a mission and they can win in Ennis.

The Limerick minors didn’t win last Sunday but they are going well. The best young player I have seen at this grade for a while is Cathal O’Neill from Crecora Manister. He has super hands and makes it look simple. Balance is a vital ingredient in great players and Cathal O’Neill has this. Limerick had a chance to close out the game when they got on top but failure to do that allowed Waterford finish really strong.

Adare and Limerick GAA lost a great servant last week when Sean Heffernan passed away. He gave his life to his club but also made a fine contribution to Limerick GAA at many levels. Adare was closest to this heart, he served them at every level and in doing so played a key part in the development of the club. He served in the role as selector with many Limerick teams but most of all he was widely respected within the GAA. To his family, club and friends I offer my sincere sympathy.